A BRITISH MP has again raised the idea of introducing women-only train carriages as a way of fighting the rise of sexual offences on trains.

Labour’s Chris Williamson shared figures from British Transport Police which showed that sexual offences on trains had more than doubled over the past four years.

Women-only carriages are already in place in countries such as Japan, Brazil and Mexico but would you be in favour of them in Ireland?

Today’s poll, Would you support the introduction of women-only train carriages? 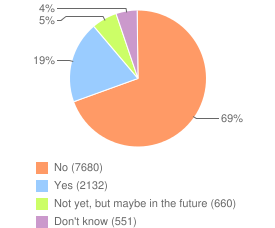