THUNDER AND LIGHTNING over parts of Cork last night has resulted in power outages in some areas.

Met Éireann issued a status orange thunder warning for the county which was valid from 8pm last night to 6am this morning.

A number of homes lost power due to the lightning. ESB Networks says its crews are working to repair the faults this morning.

There were large faults in Bandon and Castlelack, updates are available on powercheck.ie.

Videos and images of the thunder and lightning were posted on social media: 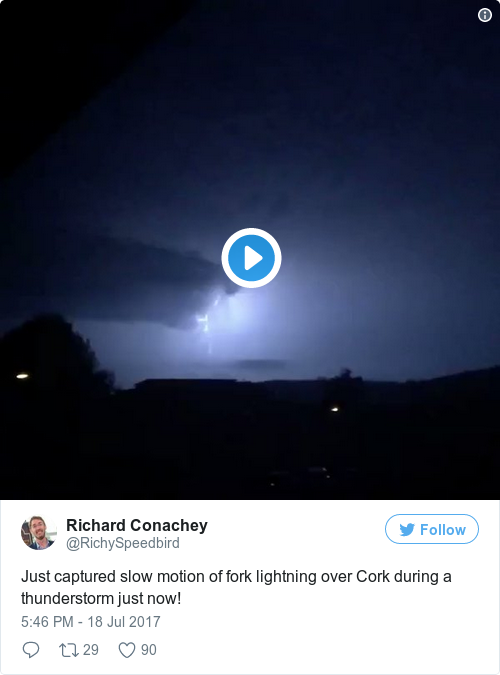 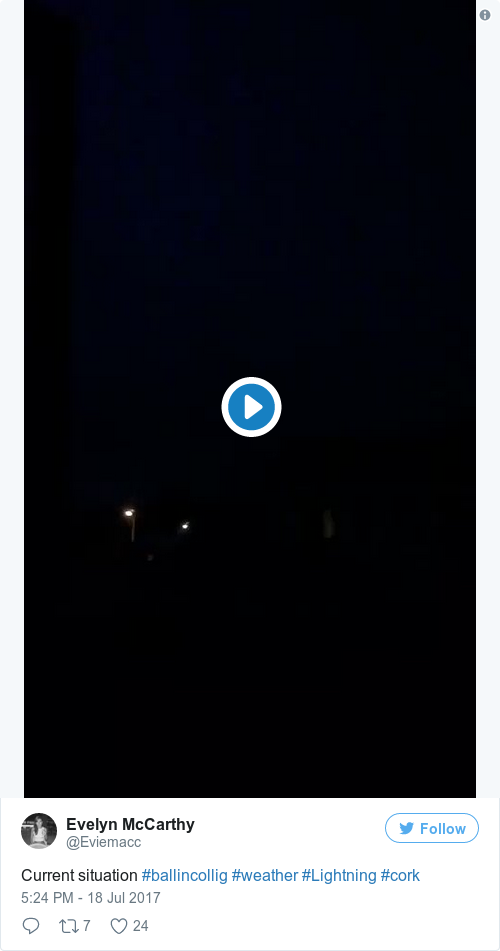 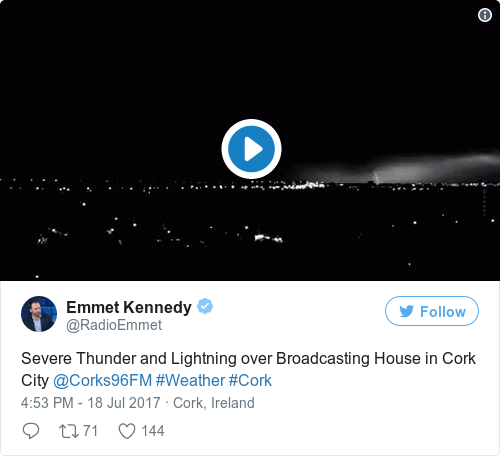 This morning people are being advised to drive carefully as a status yellow rainfall warning has been issued for the country until 9pm tonight. 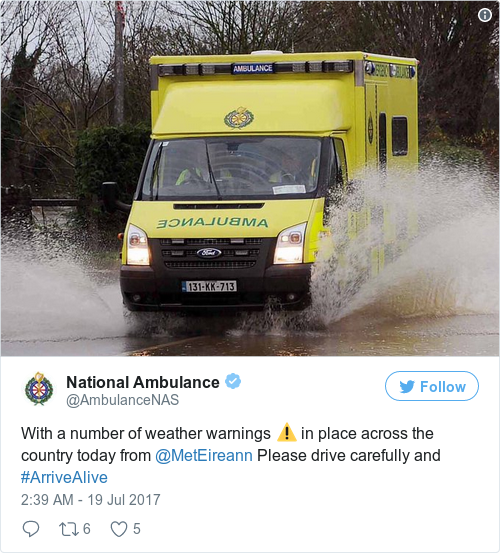 With a number of weather warnings ⚠️ in place across the country today from @MetEireann Please drive carefully and #ArriveAlive pic.twitter.com/aDrC9kEuDh

Met Éireann says there is still a “high risk of thunder and localised flooding”.

Read: The sun is gone and heavy rain, thunder and localised flooding is ahead>