THE EU HAS launched its Migration Pact deal in the hope that it provides a proper EU system to process asylum seekers more efficiently – but NGOs have criticised the deal as “old wine in new bottles”, and called the approach to Afghan migrants “problematic”.

Although an EU Commissioner claimed to an Irish think tank this year that the 2016 deal with Turkey “worked well”, it has also been criticised as an “absolutely catastrophic” and “atrocious” arrangement. It has been “refreshed” this summer.

The deal ensures that asylum seekers who arrive on EU shores are resettled in Turkey, but has resulted in sub-standard ‘camps’ on Greek islands housing asylum seekers for years before they can move on to Turkey. The conditions at the camps have been criticised by a number of NGOs.

There is an expectation that migration – both regular and irregular – is to increase in the wake of the pandemic.

The European Commission has used the lull in migration during the pandemic to put together a plan for processing asylum seekers – but the plan has been watered down from what the European Parliament initially proposed in order to get agreement from all member states, among which there are stark differences.

In 2015, the EU was faced with a so-called ‘migration crisis’ on a scale it hadn’t dealt with since the Second World War (it’s also referred to as ‘the 2015 political crisis’ because a common EU approach couldn’t be agreed on migration).

This was prompted by a confluence of issues: the political uncertainty and conflict in the Middle East in particular; the relative political stability and prosperity in European Union member states; and the lack of a universal EU migration system.

This meant that smugglers were filling gaps left behind by a lack of decision making by EU institutions, leading to acute pressure on ‘frontline’ states such as Italy and Greece: at one single entry point, there was 10,000 people arriving per day in 2015. 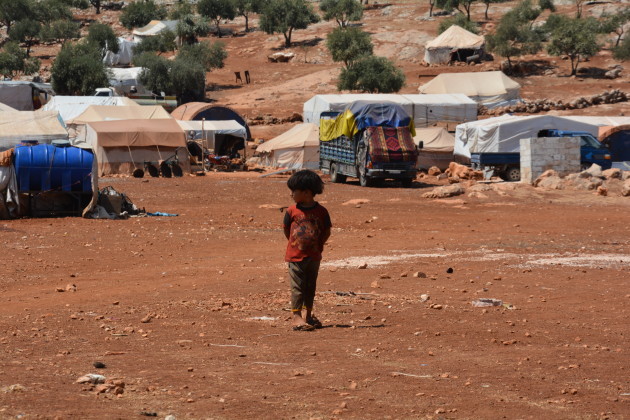 Residents of a refugee camp in northern Syria near Kafr Uruq.

The same year, 1.3 million applications for refuge were made to the EU, with 47% of those applications from Syrians, 21% from Afghans, and 9% from Iraqi citizens.

The EU’s lack of a migration system during that 2015 crisis, called “ad hoc”, “patchwork” and a “non-system” by European Commission Vice-President for ‘Promoting our European Way of Life’ Margaritis Schinas, has framed the creation of one recently – the proposed Pact on Migration and Asylum.

The previous ‘patchwork’ approach meant that smugglers were profiting, Schinas told the IIEA this year.

It remains the fact that the biggest pull factor for irregular migration to Europe today is precisely the lack of a proper and common European migration management system. This is what makes smugglers richer and richer.

In 2016, the EU offered Turkey €6 billion to resettle Syrian refugees arriving on the EU’s shores in exchange for the prospect of fast-track EU membership talks and visa-free travel in Europe for Turkish citizens.

Arrivals quickly dropped to a relative trickle, and so the EU wanted to update the arrangement.

Turkey is estimated to now host about 3.7 million refugees from the conflict in Syria. Lebanon and Jordan are also sheltering hundreds of thousands each.

But Turkey is also a source of great concern for the EU, particularly its disputed energy exploration work in the east Mediterranean that had heightened tensions with EU member states Greece and Cyprus.

Despite this, the European Commission is giving €3 billion to Turkey from the EU’s budget until 2024, to be dedicated to “health services and education, social protection, skills development and the creation of job opportunities,” for Syrian refugees hosted in Turkey.

In a statement to The Journal, the European Commission said that the EU funds would “support refugees and host communities in the country and the EU is committed to continue our support to Turkey in border management, including in its Eastern border”.

An additional €2.2 billion would be spent to help refugees and displaced people in Jordan, Lebanon and Syria, according to the commission plan.

21.09.21
Explainer: What are the current rules around migration in Europe?

‘Worked well’ or an ‘atrocious’ deal 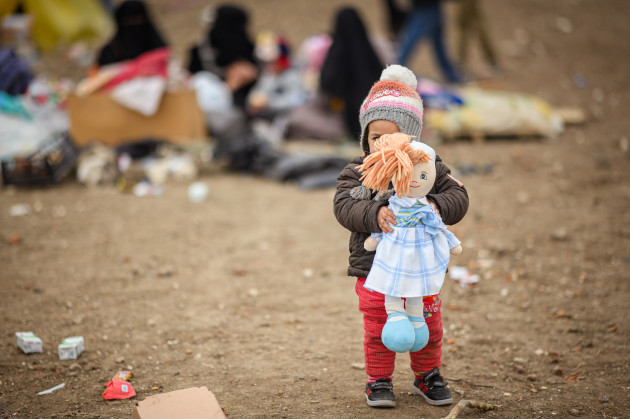 A young refugee girl from Syria stands in a square in the Turkish border town of Edirne.

European Commissioner Schinas told the IIEA in March this year that he’s of the opinion that the 2016 EU deal with Turkey “worked well” (at 26:05 in).

“It’s a contract of mutual trust, where both parts engage in a number of deliverables. Turkey hosts the biggest number of refugees on the planet, they have around 4 million Syrians who live there. Our efforts were to provide for supports for host communities, international organisations, NGOs, to help accommodate Turkey and alleviate the burden that Turkey had to assume for these people.”

He said that there was scope to “refresh” the current deal rather than conclude a new agreement: this would be done in the form of more money, but also “qualitative improvements” – possibly funding Turkey’s healthcare and educational sectors directly.

But Fiona Finn, CEO of the Irish immigration centre Nasc, said that though it may have worked well for Europe, what this meant was that the numbers of refugees arriving in Europe dropped dramatically.

“Does ‘working well for Europe’ mean over 1,000 people die in the Mediterranean trying to make it across to Europe?” she said, referring to figures for 2020.

Europe is trying to externalise its borders – it’s keeping people out. I think the EU-Turkey deal was absolutely catastrophic.

Though figures indicate that the number of missing persons in the Aegean Sea decreased from 441 cases in 2016 to 71 in 2019, Evelien van Roemburg, head of Oxfam’s EU Office, told The Journal that people suffered because of the EU-Turkey deal.

“I just cannot believe that [Commissioner Schinas] said that the deal worked well because what we’ve seen is that the result of that deal was immense suffering on the Greek islands because this is where people were stuck because of that deal.

“That was part of the deal: that people were contained on the islands before they were sent back. We saw that a lot of people weren’t able to be sent back, but because of that deal, they were also not able to move onwards to the Greek mainland, for example, or to other EU member states. They are stuck in limbo.”

‘We don’t want to see the Syria situation’ is problematic

The EU’s language around learning from the lessons of the 2015 crisis is also problematic, van Roemburg argues.

“The EU has had a very troubling response to the fall of Kabul,” she says, referring to comments made recently by EU Commissioner for Home Affairs Ylva Johansson, who said ”everybody would like to avoid a situation like we had in 2015″.

Van Roemburg adds: “She was very, very keen on making sure that they didn’t arrive here, but that they could stay either in Afghanistan or in neighbouring countries. And I think that that’s a really problematic stance.

[Many] EU member states have failed to offer safe and regular routes for Afghan asylum seekers.

“I wonder how much we’ve learned from that political crisis. I think the EU, and European countries, have had six years now to come up with a properly working asylum system within Europe, dealing with the issues that we saw then. That was about not having countries like Greece dealing on their own with most of the asylum applications. No one country is capable of doing that.

And we see that the new Pact is still very focused on keeping people, as much as possible, away so that they aren’t able to access Europe.

“And then when they arrive, to keep them as much as possible at the borders in substandard living conditions, with very long procedures, with no protection of their right to family life with very difficult procedures with regard to family reunification.

“So no, I don’t think that the EU has learned much: what they have learned is more restrictive measures and a deterring policy instead of a welcoming policy that’s based on human rights and sharing responsibilities,” she said, adding that under the new deal, Greece, Italy and Spain will still bear the brunt of irregular migration.

Finn says: “You have the EU funding and ‘upskilling’ the Libyan Navy to basically intercept and stop migrants reaching Europe’s shores. When migrants are intercepted in the Mediterranean, and they’re forced to Libya, the situation in Libya is absolutely horrendous. But Europe turns a blind eye to that, I don’t think it cares.

“And you have Frontex as well, the European Union’s border control agency: funding was increased from €118 million in 2019 to €460 million in 2020. So European policy is only going one way.”