THE LONGITUDE FESTIVAL begins today in Dublin’s Marlay Park, but many festival goers faced long waits to make it through the barriers this evening.

Reports on social media suggested that queues stretched well over an hour to get into the festival, with others reporting “overcrowding” in the massive queue.

Photographs from the scene show large numbers of people waiting to get through the barriers into the festival.

A spokesperson for festival organiser MCD told TheJournal.ie that the increased security at the gig meant that it was taking longer for fans to access the site, and that there was no issue of overcrowding.

They said: “Due to additional security measures implemented, this has led to delays for some fans upon entering the site this evening.

Delays had been anticipated and indeed well highlighted in advance by email to ticket purchasers, carried extensively by national/local media and via the promoter’s own communication channels.

Unfortunately, such increased security measures are unavoidable and in the interest of everyone’s safety. Gates opened at 1.30pm and fans were advised to allow plenty of additional time when travelling and entering the venue.

In a later statement, MCD confirmed that all entrances were flowing freely from 7.15pm onwards.

One festival goer tweeted that people were “getting crushed”, that the queue system was “disgraceful” and said that people in the crowds had collapsed. 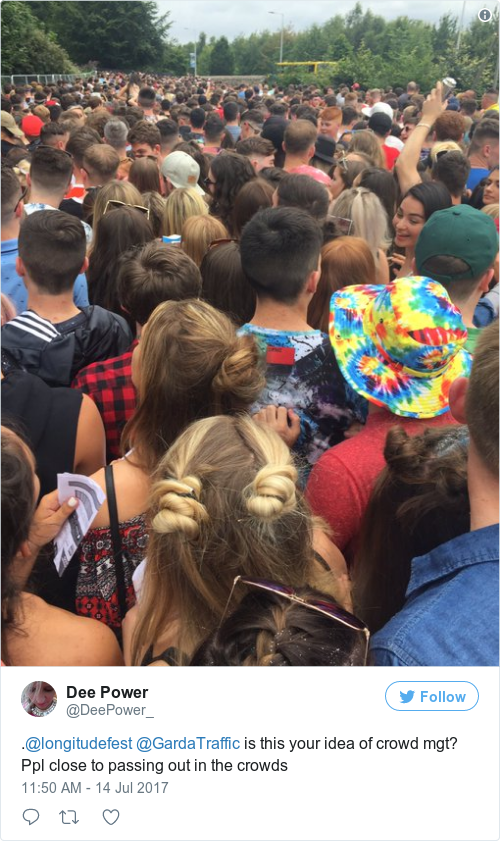 .@longitudefest @GardaTraffic is this your idea of crowd mgt? Ppl close to passing out in the crowds pic.twitter.com/NrUIIz8vs4

One twitter user described the scenes as “a complete joke”, while another said that she had “pulled a girl out of [the] longitude queue”. She said that the girl had “collapsed” and was “traumatised”. 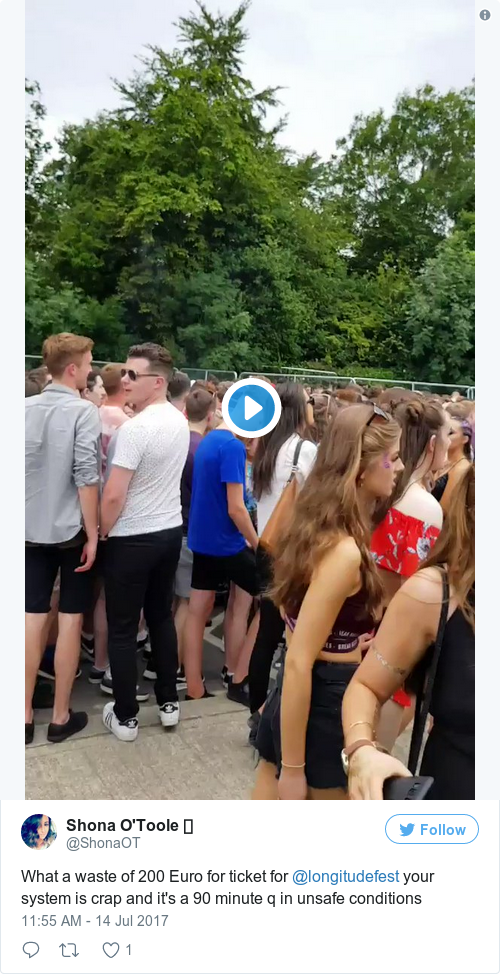 Ahead of the festival, organisers had said that large bags and backpacks would not be allowed into the festival.

On the Longitude website it says: “to avoid lengthy queues, we strongly advise that you do not bring a bag”.

UK grime artist Stormzy is headlining the main stage at the festival this evening.

Read: The Herald has apologised after mistaking Stormzy for Romelu Lukaku on its back page

Read: Here’s what this year’s Irish festival lineups would look like without men