RTÉ HAS ANNOUNCED the highlights of its TV schedule for the coming autumn/winter season.

The state broadcaster’s plans for the coming year were outlined to reporters at Donnybrook today. 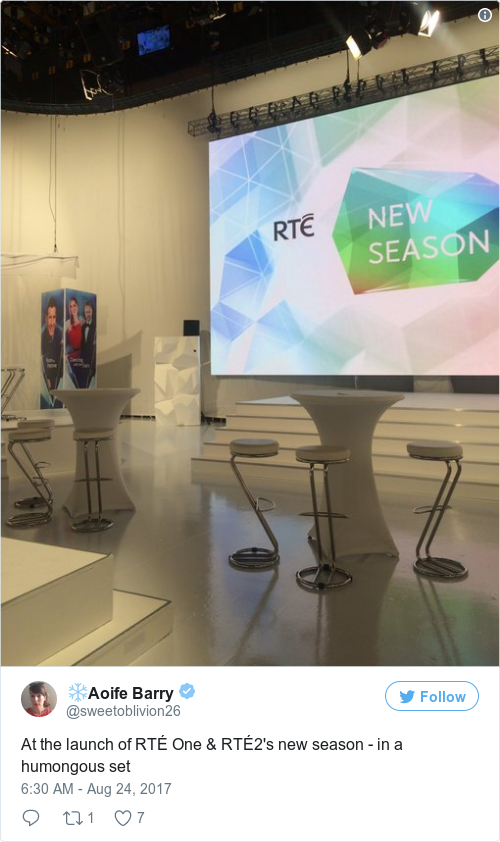 At the launch of RTÉ One & RTÉ2's new season – in a humongous set pic.twitter.com/nvfpBFaKc4

The RTÉ Player will also get a revamp in the new year to allow “more choice and content”.

And events are being organised to commemorate various anniversaries around the foundation of the state, between the years of 1918-1922. This follows on from the broadcaster’s widely praised coverage of the 1916 centenary.

Here are some of the programmes RTÉ has listed as highlights:

Meanwhile, over on RTÉ2…

The likes of the Late Late, Ray D’Arcy’s chat show and Brendan O’Connor’s Cutting Edge all return – and there’ll be another series of Dancing with the Stars. Wedding guru ‘Franc’ also returns to RTÉ with an Irish spin on the Say Yes to the Dress format.

Among the ‘natural world and science’ highlights are: 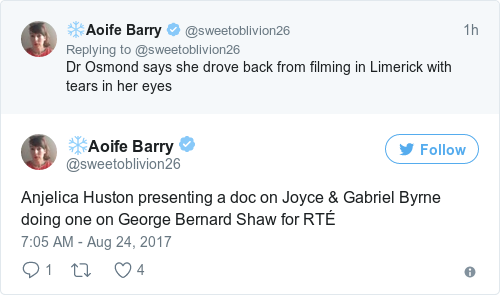 There’ll be a new drama set in Dublin and Vancouver about a woman “who discovers all is not as it seems when her husband is murdered”: it’s called Acceptable Risk and stars Elaine Cassidy and Angeline Ball.

The Amy Huberman vehicle Striking Out will also be back for a new series, as will Stefanie Preissner’s Can’t Cope Won’t Cope. 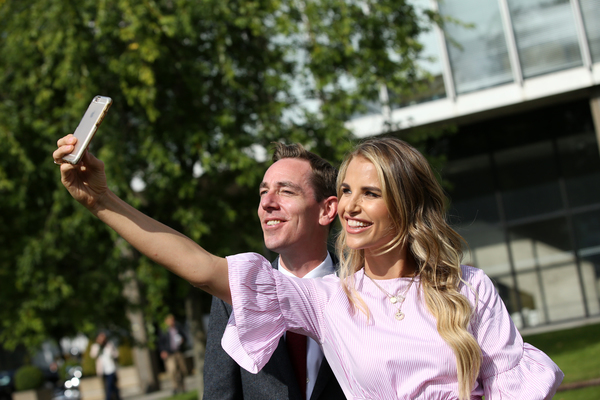 Read: RTÉ pay: ‘Those who say that we need to pay a lot to attract talent are wrong’ >
Read: BAI rejects complaints over Rubberbandit calling communion ‘haunted bread’ on the Late Late Show >