RYANAIR HAS BEEN tipped to roll out an “aggressive” pricing plan in Germany in an effort to chase off rivals looking for a piece of the country’s lucrative travel market after Air Berlin’s failure.

It was reported last week that low-cost carrier Air Berlin – which owns a 20% share of Germany’s desirable aviation market – filed for insolvency after losing the backing of its largest shareholder, Gulf airline Etihad.

Following a €150 million bailout, the country’s second-largest airline will sell off its assets – with seemingly preferential treatment being given to local rival Lufthansa.

However, in a briefing note, analysts at Goodbody stockbrokers said that Ryanair is likely to roll out an aggressive pricing strategy in Germany in a bid to squeeze out competing airlines vying for the country’s desirable air travel market.

“The bottom line is that it is likely that Ryanair will be frustrated in its desire to see an open auction for (Air Berlin’s) assets and that it will likely give rise to other airlines increasing their footprint in the German market,” the note said.

It cited UK competitor EasyJet and Thomas Cook-owned Condor as two rival carriers that are also keen on Germany.

“As such, we think it is more likely that Ryanair will look to be aggressive in pricing its product in Germany,” the Goodbody note added. 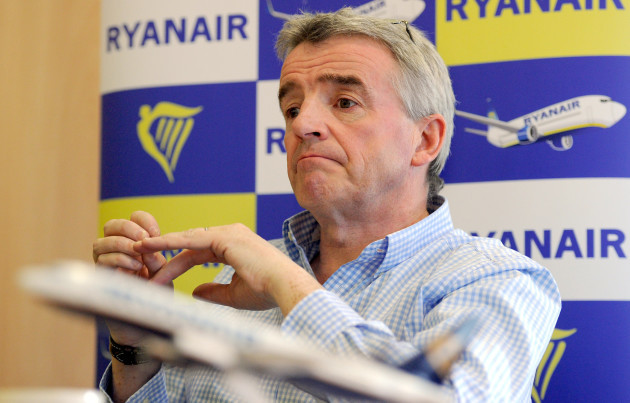 As previously explained by Fora, Air Berlin’s failure opens up a major opportunity for Ryanair and other low-cost airlines.

Germany is the biggest outbound tourism market in the world – but has seen the lowest penetration from low-cost airlines.

At present, cheap carriers account for just over a third of all flights from Germany, compared to an overall market share of around 42% in Europe, according to data by Flightglobal.

O’Leary has described Germany as “one of the biggest prizes in Europe”. Ryanair currently owns just 6.4% of the market.

With the way things are going in Britain, now is as good a time as ever for O’Leary to shift Ryanair’s north European focus from the UK to the more stable German market.