EX-BILLIONAIRE SEÁN Quinn is back in business after launching a new online betting outlet called QuinnBet.

According to the company’s website – which carries the famous ‘Q’ branding – QuinnBet is looking to target the UK and Irish sports betting industry, which is dominated by giants such as Paddy Power-Betfair.

QuinnBet is described as a “wholly Irish-owned company” that’s based in the Republic.

“We intend competing in the industry by placing customer value, service and experience to the fore,” it says on the site, promising punters “competitive odds in a wide range of markets”.

The firm’s “online casino” is due to launch in the coming weeks offering odds on a wide range of sports including GAA, Australian rules football, soccer and horse racing.

QuinnBet says it is regulated under Irish law, while its London-headquartered partner FSB Technology has been licensed by the UK gambling authorities.

According to filings with the Companies Registration Office, QuinnBet is owned by a Cavan-based outfit called Belbridge Consultancy Ltd. That company also owns other businesses called Quinncasino and Quinnsports.

Seán Quinn Jnr, Stephen Kelly and Seamus McMahon are listed as directors of Belbridge Consultancy. The senior Quinn is not listed as a director. Documents show that, as of 3 December 2016, McMahon owned 100% of the company’s shares.

However, a spokesman told  Fora that QuinnBet is wholly owned by Seán Quinn. He added that the company “will be managed by his son Sean Jnr with other wider family members assisting”.

The rise and fall of Seán Quinn Snr is one of Ireland’s greatest business stories.

The self-made man from Fermanagh started in the 1970s and built an empire through the Quinn Group across a smattering of industries, from cement to glass to hotels. 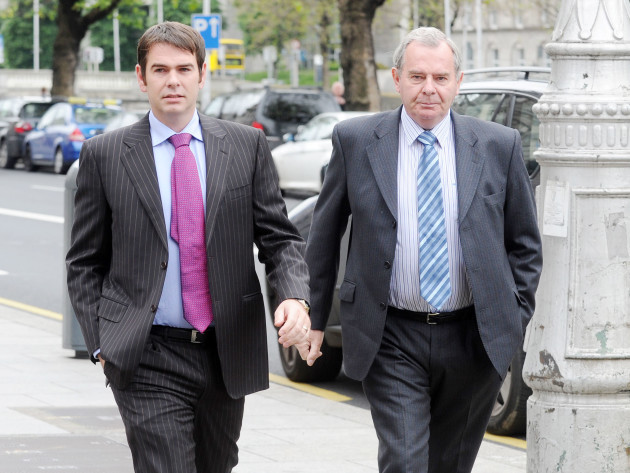 In 2008, Quinn was considered Ireland’s richest man with a fortune worth more than €4.7 billion.

Just three years later, he filed for bankruptcy. Losses at the Quinn Group’s insurance and property subsidiaries left it insolvent. The family-owned group also made massive losses after gambling on shares in Anglo Irish Bank.

Quinn was sentenced to nine weeks in jail in 2012 after he was embroiled in a High Court battle with IBRC, the former Anglo Irish Bank.

Quinn was found guilty of contempt of court after he and some family members stripped assets from their property portfolio in Europe to put them beyond the reach of the now state-owned bank, to which it owed millions of euro.

There was a lot of local support for Quinn in Fermanagh and Cavan before his sentencing, with Fermanagh GAA Convention among the organisations championing the businessman.