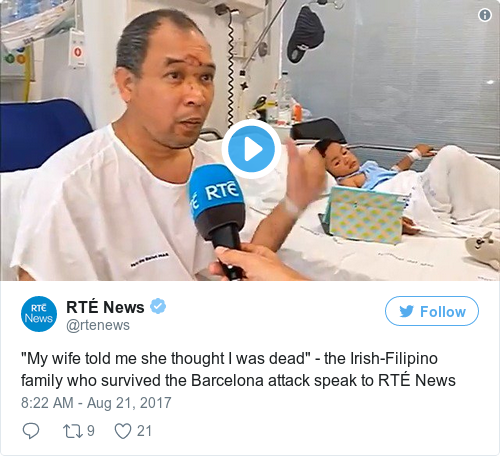 "My wife told me she thought I was dead" – the Irish-Filipino family who survived the Barcelona attack speak to RTÉ News pic.twitter.com/bh6bRZM0bX

THE FATHER OF the Irish-Filipino family who survived the Barcelona terror attack has spoken out to describe the horrific moment the family were hit by the van as it sped down Las Ramblas last Thursday.

“It was really fast… suddenly I heard some people in a commotion. When I looked up I was the van coming towards us. The van hit me on the rib cage. That’s the last I remember, I passed out,” Norman Potot told RTÉ News.

The family was among the hundreds caught up in Thursday’s terror attack in the city’s busy centre. They were named as Norman Potot, Pederlita and their children Nailah and Nathaniel.

Over 100 people were injured across both that incident and a later incident in the seaside area of Cambrils. 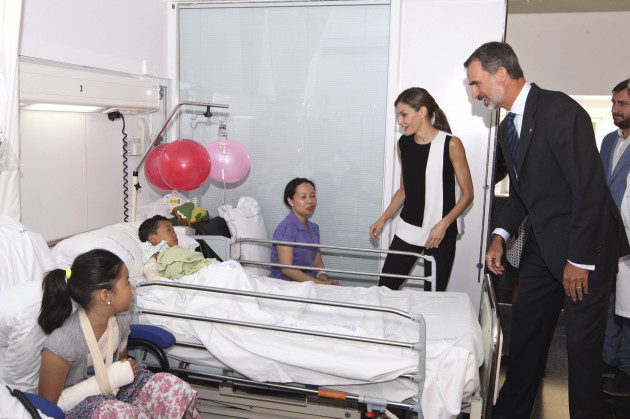 The family met members of the Spanish royal family on Saturday.

Potot said the family were souvenir shopping on Las Ramblas just before the attack happened.

My wife told me that as I was lying there, she thought I was dead because I was there with blood here all over my face. She tried to slap my face to wake me up.

He came around shortly after being struck.

“I heard the policemen trying to secure us, because the guy might have a gun or something. So they tried to secure us in the basement of a restaurant.”

The family stayed in the basement for around 30 minutes before they were taken to hospital. It was here that Potot realised his son Nathaniel was also badly injured.

When I gained consciousness, I saw him [his son] crying and I saw his left leg badly swollen.

The Potot family had flown to Barcelona to celebrate their son’s 5th birthday.

Nathaniel suffered a broken femur, while his sister Nailah suffered a fractured arm. Nathaniel underwent an operation on his leg on Saturday morning. 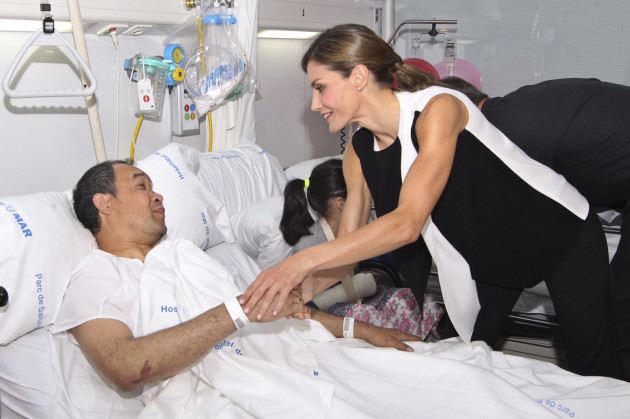 Members of the Spanish royal family, Queen Letizia and King Felipe, met the family during a visit to the hospital to see survivors of the attack on Saturday.

Police in the Catalan region of Spain are this afternoon said to be attending an incident in the town of Subirats, 45km west of Barcelona.

They have said that an operation is ongoing, and that a “suspicious person” wearing a suspected explosive belt has been shot dead.

It is believed the operation is linked to last week’s terror attack on Barcelona. Spanish police had been looking for 22-year-old Younes Abouyaaqoub since the attack, believing him to have driven the van into pedestrians on Las Ramblas.