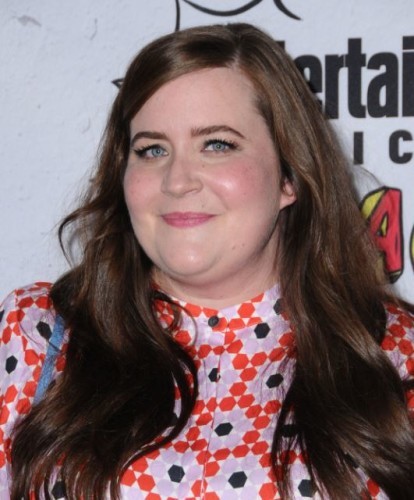 Fashion often ignores customers looking for plus-size clothing, with many brands only stocking smaller sizes in stores, meaning people have to seek out larger versions online. This article looks at how attitudes to plus-size clothing – an industry worth billions – are changing as “some savvy entrepreneurs … shrug off fashion’s inherent snobbery”.

With the body-acceptance movement comes a new breed of stars, stars with bodies that don’t fit the old mold. Take Aidy Bryant, for example, the Saturday Night Live cast member who got a romantic subplot on the last season of Girls. When magazines come to take her pictures, she has a fraction of the options available to her peers. “I often wonder if I would be able to write a movie in the time I spend trying to put together these clothes,” she says. “But I know representation matters. If I was still a 14-year-old girl in Arizona, it would hurt my feelings to see the only fat young woman on TV constantly dressed head to toe in all black. I’m young, I’m cool. I want to be able to dress that way.”

The Black Witch is the most dangerous, offensive book I have ever read,” she wrote in a nearly 9,000-word review that blasted the novel as an end-to-end mess of unadulterated bigotry. “It was ultimately written for white people. It was written for the type of white person who considers themselves to be not-racist and thinks that they deserve recognition and praise for treating POC like they are actually human.

3. Film Crit Hulk SMASH: On Criticism In The Intersectional Age

This in-depth article takes a look at the “defensiveness and misunderstandings” surrounding diversity, or the lack of it, in film.

I may have grew up in a liberal home, but your liberalism, sensitivities, and understanding always changes with an actual change in environment. Because it’s not just a theoretical understanding of struggle and diversity, nor in your ability to correctly name or label it. No, it’s about seeing the flesh and blood person breathing in front of you and hearing them talk about the nature of their life. It’s about them telling you how much a certain label can hurt them or alternatively mean the world. It’s seeing the love, the fear, the cost that comes with their experience. And when you’re young, these realizations are profoundly important. 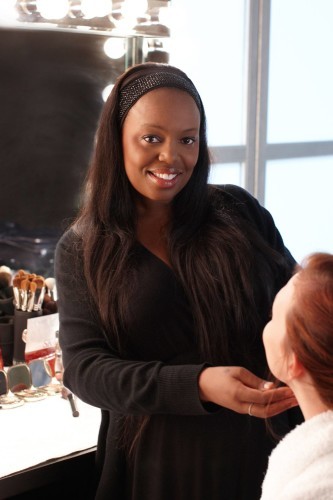 Pat McGrath creates the looks for 80 major fashion shows every year. Here, as she launches her first makeup line, she talks about race, Instagram and the influence of her makeup-obsessed mother.

I loved those shows where you’re able to dream, I loved the fantasy element of it, because even the so-called reality of fashion is a kind of fantasy. But that’s what draws you into fashion, so when people say, “Oh my God, I could never wear that”, I’m like, yes you will. Because no matter how insane something looks in the shows, there’s always an idea there that will filter down to the high street in a different version eventually.

5. A 21st century workhouse or a second chance? My life as an Emmaus Companion

Four years ago, Daniel Lavelle ended up homeless. This article explores his experience with the Emmaus charity.

I wasn’t ready to look after myself. During my finals, I fell into heavy arrears with my landlord, I was living alone, and White Storm and Scrumpy Jack had taken over from my support workers. I first became aware of Emmaus during this time, when I befriended residents of the Mossley community at their evening drinking haunt, the “Beach”, a sandy bank on the River Tame situated behind a derelict factory.

6. Millions Of Women Face Astonishing Pain When They Have Sex. Why Don’t Their Doctors Take Them Seriously?

In this article Maxwell Williams speaks to women who’ve experienced severe pain during sex, and looks at why their complaints are often not taken seriously.

I’d been out with 25-year-old painter Lila Murphy (also not her real name) for hours, so it could have been the liquor talking, or simply the candor that befits an artist. Either way, she got around to admitting that sex with her ex-husband had burned for years, leaving her completely uninterested in the act. Eventually, he left. I almost couldn’t believe how long Murphy had suffered in her relationship, but I was even more shocked when she told me how unhelpful her doctors had been when it came to addressing her health concerns. Like Jones, she approached the medical industry warily, as if she were about to be stung — a standard state for many women, it turns out.

As North Korea and the United States go nose-to-nose in an unpredictable show of strength, this groundbreaking article by John Hersey, published in August 1946, documents how six survivors survived the atomic bombing of Hiroshima.

Dr Sasaki shouted the name of the chief surgeon and rushed around to the man’s office and found him terribly cut by glass. The hospital was in horrible confusion: heavy partitions and ceilings had fallen on patients, beds had overturned, windows had blown in and cut people, blood was spattered on the walls and floors, instruments were everywhere, many of the patients were running about screaming, many more lay dead. (A colleague working in the laboratory to which Dr Sasaki had been walking was dead; Dr Sasaki’s patient, whom he had just left and who a few moments before had been dreadfully afraid of syphilis, was also dead). Dr Sasaki found himself the only doctor in the hospital who was unhurt.