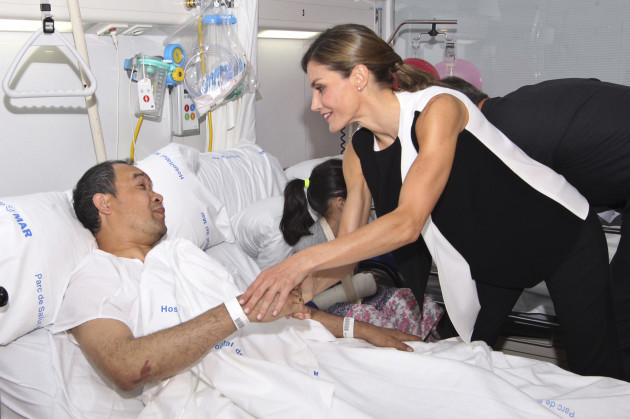 THE IRISH-FILIPINO family who survived the Barcelona terror attack were visited in hospital today by the Spanish royal family.

Princess Letizia and King Felipe met the family during a visit to hospital to see survivors of the attack.

The family was among the hundreds caught up in Thursday’s terror attack on Las Ramblas in the city’s busy centre. They were named as Norman Potot, Pederlita and their children Nailah and Nathaniel, RTÉ reports. 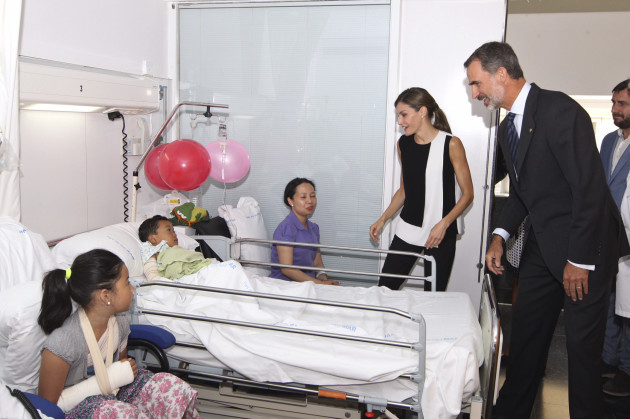 Over 100 people were injured across both that incident and a later incident in the seaside area of Cambrils.

In video of the visit, King Felipe is seen asking the family if they are from Ireland, and their ages.

An outcry has erupted on social media and in the press about the absence of bollards, with some people even demanding the mayor’s resignation for ignoring police recommendations for such preventive barriers.

But Ada Colau, the mayor of Barcelona, hit back, arguing that “it’s not the right place to talk today about what could have been avoided by placing bollards at Las Ramblas”.

“The perpetrators of the attack wanted to kill and if they were unable to enter Las Ramblas, they would have done so elsewhere, and we can’t put security barriers all over a city like Barcelona,” she said.

City officials also said that such decisions are adopted in conjunction with regional and state authorities.

Read: Spain attacks: What we know about the suspects>