SOUNDS OF GUNFIRE and helicopters may have left some householders confused in the Ringsend area of Dublin this week.

Don’t worry It wasn’t an invasion (if it had been, you’d probably have heard more about it by now) it was a major training event for the Defence Forces.

The spectacle, dubbed ‘Exercise Viking Landing II’, happened on Tuesday and was designed to test a group of soldiers as they took on a course to become corporals.

The exercise, which involved a raid on the iconic Pigeon House towers in Poolbeg was designed to test the troops’ capabilities to lead a group of fighters in an urban area.

The soldiers involved in this exercise are taking part in a six-month-long Non Commissioned Officers (NCO) course.

The soldiers involved are from a variety of units across the Defence Forces, and are based mainly in Dublin, Athlone, Dundalk, Donegal and Kildare.

If successful the soldiers will be promoted from the rank of Private to Corporal which places them in the first leadership rank in the Defence Forces. 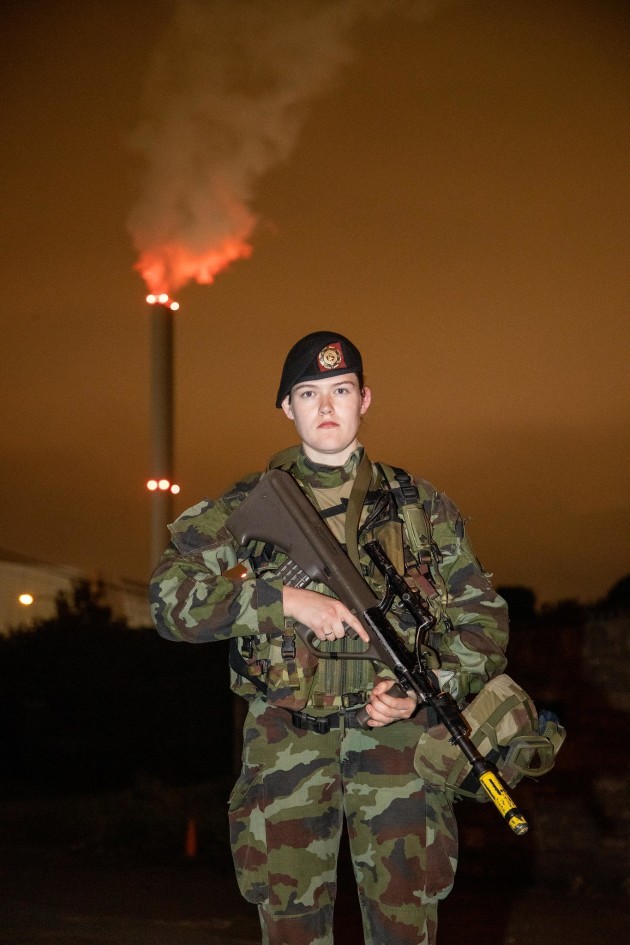 Lt Áine Gleeson who was leading the course.

Lieutenant Áine Gleeson, of Two Brigade Training Centre, and her colleague Lt Cian Slevin were leading the exercise. Gleeson said the Poolbeg mission was a critical part of the course.

“This type of training is vital for them to be able to command a group of troops as a section commander.

“The objective of the potential NCO course is to teach the privates the necessary skills of leadership and command and control in order to become good leaders in the Irish Defence Forces.

Such scenarios, she said, “are very important in the training of potential NCOs as they teach them how to react to certain pressurised situations which they may, very likely, be exposed to in future as NCOs overseas or on the island here”.

Other soldiers on the course included Private Aaron Murray from Finglas and Private Brianna McConnell from Donegal.

Murray said he was enjoying the course: “It takes up a lot of time away from home but with an understanding family, it works out and it’s only for six months so it will end. This is the eleventh week.

“It would be a great privilege to be brought up to corporal if I complete the course.” 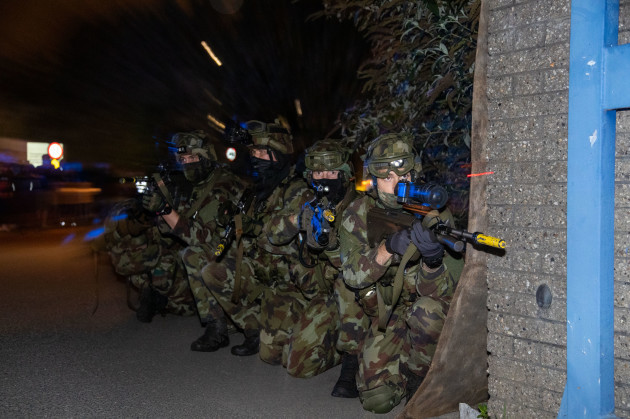 Troops as they raid the Pigeon House, Poolbeg.

McConnell, a medic based at Finner Camp in Donegal, said the course offered a chance to challenge herself.

“It’s something I wanted to do since I joined, it is just the right time for me now. I did my few years as a private and I think it is the next step for me to lead others.”