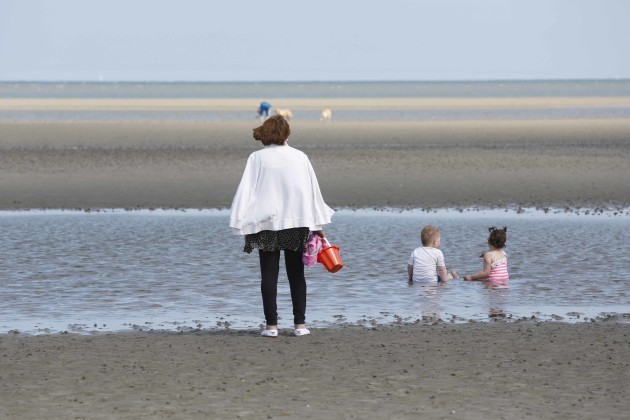 DUE TO YESTERDAY’S heavy rainfall, Sandymount Strand and Velvet Strand in Portmarnock have been issued swim warnings. 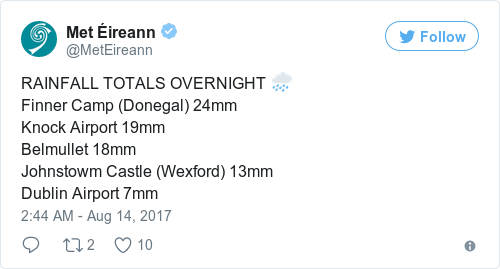 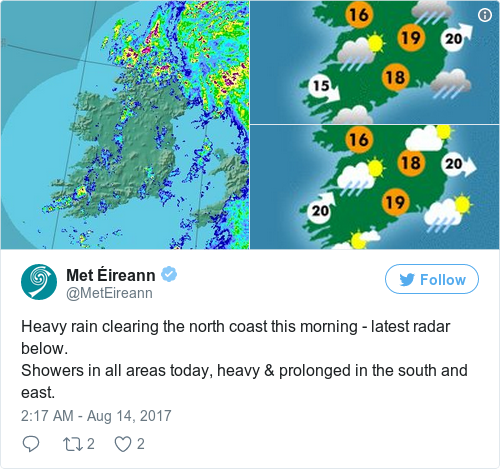 Heavy rain clearing the north coast this morning – latest radar below.
Showers in all areas today, heavy & prolonged in the south and east. pic.twitter.com/aZOyFacm1S

Swimming has been banned at Sandymount Strand and Merrion Strand due to the risk of water quality deterioration in the area due to the heavy rainfall and possible sewer overflow.

The ban on swimming is likely to last at least 72 hours.

Due to the heavy rain last night, there’s a possibility of an increase in the levels of bacteria in the water as a result of an overflow from a nearby pumping station.

While the beach remains open, the council advises that there is an increase risk of illness if people take to the water, and have issued the following advice to bathers:

For more information on what beaches in Ireland have swim restrictions, visit Beaches.ie.

Read: Port Tunnel closed both ways due to truck on fire>
Read: ‘Running for president of Ireland is not something I would do willy-nilly, but we need a contest’>