THE TARGET OF providing a first dose of a Covid-19 vaccine to 82% of adults by the end of June is now “likely” to be missed due to supply issues, Tánaiste Leo Varadkar has said.

Varadkar said if targets are missed it will “only be by a few weeks” and that the government will provide “revised targets” during its announcement tomorrow.

Varadkar was speaking during Leaders’ Questions after Health Minister Stephen Donnelly had early outlined difficulties with the supply of Janssen vaccine.

Responding to a question from Sinn Fein health spokesperson David Cullinane, Donnelly said the government expected to receive just half of the 470,000 projected doses of the Janssen/Johnson & Johnson (J&J) vaccine by the end of June.

It was projected that they would received 235,000 doses but he added in a worst-case scenario the State may only receive 60,000 doses.

“The way I would frame your question is, is sufficient supply going to have arrived here by the end of June, to have reached 80% with dose one?,” Donnelly said.

It is unclear if that is the case so I just got off the phone to the taskforce this morning to be able to provide the most up to date information, and there are serious concerns in terms of the supply of the Jansen vaccine.

“I can’t give you the exact details but we’ve been provided with a best and a worst case scenario. We were due to receive in excess of 600,000 vaccines between the end of June.

Speaking later, the Tánaiste added that it was now “likely” the target would not be met but that this was always a possibility as it was dependant on supply.

In terms of the targets, as I said they’ve always been subject to supplies arriving on time and if the supplies do not arrive on time well then there is a risk that we will miss those targets, and that that does now appear to be likely.

He added: “If we do miss targets I think we’ll only miss them by a few weeks because orders that were expected to arrive at the end of June now might arrive in early July, but we are able to vaccinate 300,000-400,000 a week so once we get them we’ll get them out.”

Prior to today’s revelation about the issues with the J&J supplies, analysis by The Journal had suggested that Ireland was on track to reach the target.

Speaking about this supply disruption, Kelly asked Varadkar whether NPHET was aware of the issue before it met to consider its advice for government on the phased reopening.

He also asked whether it was being considered that those aged 60-69 who have received one dose of AstraZeneca would receive their second dose sooner than the 12 week interval currently recommended.

Varadkar said that that the National Immunisation Advisory Committee (NIAC) had issued advice on this in “the last couple of days” and recommended that the interval remains at 12 weeks.

On the NPHET query, the Tánaiste said he wasn’t aware “what NPHET was aware of at what point in time” as he hasn’t hasn’t had any engagement with the Chief Medical Officer or anyone in NPHET “for a couple of weeks now”.

27.05.21
All eyes on Cabinet sub-committee ahead of 'big announcement'

Reid said “really strong progress continues on the vaccination programme”, resulting in reduced hospitalisations, sickness and mortality, and reduced outbreaks in facilities such as nursing homes.

So far, 78.5% of people in their 50s have been vaccinated, but those doses are still being administered. 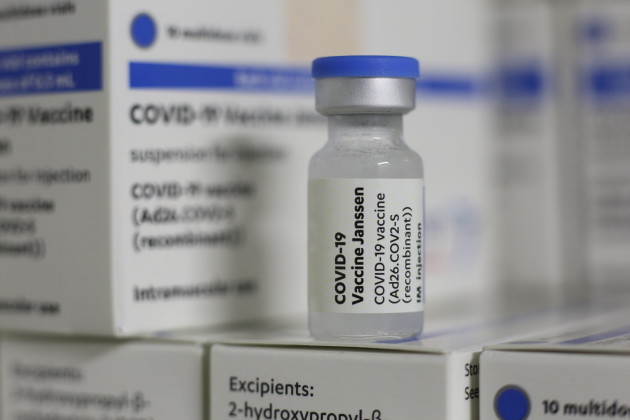 There are 37 vaccinations centres operating around the country with a plan to open another in UCD next week, Reid noted.

Donnelly had earlier arrived into the Dáil, sitting in the convention centre, in enthusiastic form and paid tribute to the vaccination teams.

“As of last evening, it is estimated that we have administered in excess of two and a half million doses of the vaccine.

“I was speaking with the agency and with the task force and with the department this morning to get our very latest estimates. I’m delighted to be able to share that we believe that by the end of this week half the adult population in our country will have received at least one vaccine dose.

“What a wonderful thing for us to be able to discuss and share this morning, and I know colleagues will join me in expressing on behalf of the government our enormous thanks to the thousands of of men and women in every county right across our country in the vaccination centers in the GP practices and the vaccination teams in the nursing homes.

“This has been, and remains, a truly national effort. Isn’t that a wonderful thing to think that in the dark and brutal year that this country has faced, that by the end of this weekend, half of our population will have received at least one dose of the COVID-19 vaccine,” he added.

With reporting by Rónán Duffy and Órla Ryan