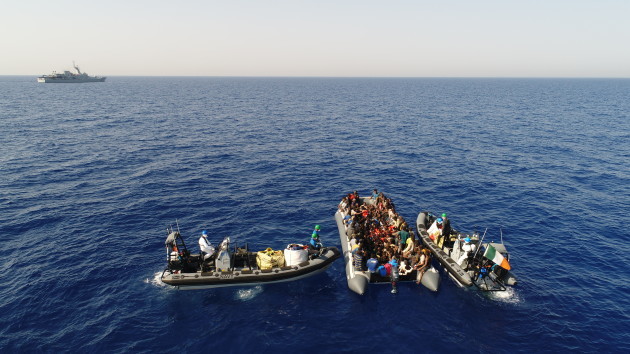 AN IRISH NAVAL vessel rescued 149 migrants from a rubber craft in the Mediterranean Sea this morning.

The LÉ William Butler Yeats began its mission at 8.45am after a request from the Italian Maritime Rescue Co-ordination Centre, and managed to transport all of the migrants onboard the vessel by 11.15am.

The craft was located 47 miles north-east of Tripoli, the capital city of Libya.

The people now aboard the Irish ship are receiving food, water and medical treatment as required. 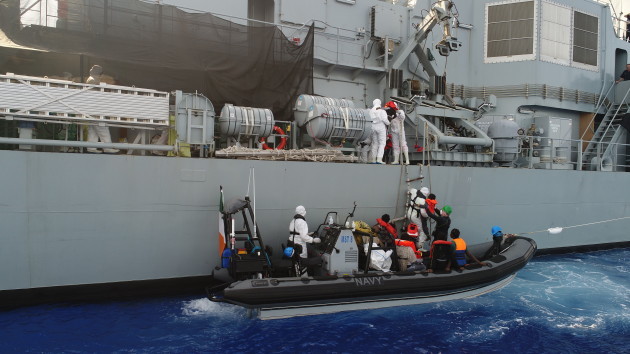 The Irish ship was commissioned in October 2016 and, before today, had already rescued 109 refugees since it was deployed to the Mediterranean on 14 July.

The role of the LÉ William Butler Yeats is to provide a search and rescue capability in the area.

The ship is currently still in the area of operations and is awaiting further tasks, a statement from the Defence Forces said.