THE REMOTE IS our weekly look at upcoming TV highlights.

From drama and comedy, to factual and reality TV, we’ll bring you some of the shows to watch out for from both traditional broadcasters and the main streaming services.

Find yourself a comfy spot.

The New York Times’ Framing Britney Spears documentary from earlier this year contributed in no small part to the microscope being placed on the conservatorship that has ruled the pop star’s life for over a decade.

The conservatorship is now seemingly coming to an end but the appetite for shows about Spears never ceases. Not one but two documentaries about her case are being released this week.

The first is ‘Controlling Britney Spears‘, which is made by the same team that put together the first New York Times doc. This new film was shown on Sky Documentaries last night and is available on demand now to Sky or Now TV subscribers.

Netflix may be late to the Britney game but, never slow to see a buzz they didn’t want to bandwagon on, the streamer now has its own documentary about Spears’ conservatorship. Britney vs Spears is now available on Netflix.

If you like your TV crime dramas dark and British the second series of ITV’s Manhunt begins on Irish screens this week.

Manhunt – The Nightstalker sees Martin Clunes back as former London Metropolitan Police detective DCI Colin Sutton. This true life four-parter is about a serial rapist who terrorised elderly people across London in the 1990s.

When’s it on? Thursday at 9pm on Virgin Media One, all episodes available on the VM Player from the same day.

Something familiar with a twist

We’re used to Hector Ó hEochagháin travelling to all corners of the world for TG4 but it’s likely Covid had a impact on him staying on Irish shores for his new show.

In a way, it’s the inverse of his travel shows as Hector – Éire Nua focuses on people from around the world who’ve chosen Ireland as their new home.

Throughout the series, Hector travels to all corners of Ireland meeting people from Nigeria, Latvia, Syria, Canada, Argentina and more. 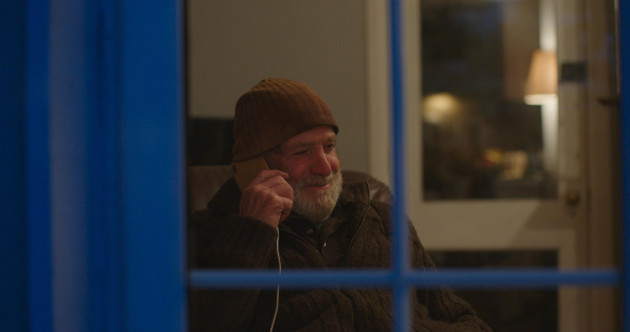 Last year, when people aged over 70 were advised to ‘cocoon’ or essentially stay in their homes, documentary maker Ken Wardop decided this was something that needed to be recorded.

The result is the charming and often irreverent documentary Cocooned, which explores the resilience of our older generation during the earlier stages of the coronavirus pandemic.

The subjects of the documentary speak either through windows or telephones for the entire film, something sure to bring back memories of that strange time.

When’s it on? Streaming now on the RTÉ Player

The Bambers: Murder at the Farm, looks back at the complex case that remains in the public eye even after 35 years.

While Louis Theroux will perhaps always be best-known for his first person features, he’s branched out recently to be the producer of some in-depth documentaries.

The latest is The Bambers: Murder at the Farm, a four-part docuseries which tells the story of the horrific events that took place at White House farm in Essex in 1985, where Sheila Caffell, her twin sons and her parents all were all killed.

Sheila’s brother Jeremy Bamber was eventually convicted of all five crimes and sentenced to life in prison but has always maintained his innocence.

When’s it on? Available now on Sky Crime and on Now TV