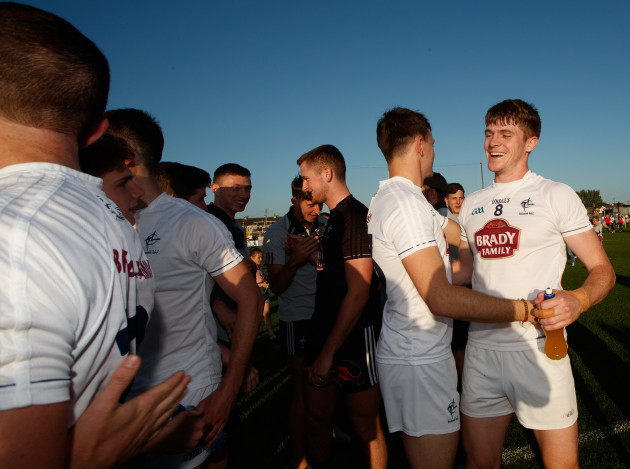 WHEN KEVIN FEELY was young, this was never the sporting path that he had mapped out.

Tomorrow he will step out at Croke Park, assume his midfield position for throw-in and shoulder plenty responsibility for the next 70 minutes, a key weapon in Kildare’s arsenal as they aim to halt this era of total Leinster dominance from Dublin.

But growing up, this was never a dream he was chasing. Instead his sporting passions were soccer and hurling.

It was the colourful and charismatic band of characters that populated the Waterford team who he worshipped.

The road from Tramore to Thurles was worn down as he tracked their exploits in Munster.

“I didn’t move to Kildare until I was sixteen so I would have been going up to All-Ireland semis and that seeing the Waterford hurlers play.

“I’d be more of a Semple Stadium man myself from going to Munster finals there. Paul Flynn, Ken McGrath, John Mullane, Fergal Hartley and them boys, yeah they were serious hurlers.

“They were always exciting to watch. I think Waterford were everyone’s favourite team outside of their own team.”

Neither of his parents hail from the south-east but his father worked in Waterford Crystal and that saw the Feely family based in Tramore.

He sees plenty of his contemporaries from that time now flying the hurling flag for Waterford.

“There’s a good few, the majority of the team now. Pauric Mahony, Jake Dillon, Darragh Fives – all that kind of born in ’92 ’93 age – Maurice Shanahan, Philip Mahony, all them lads. 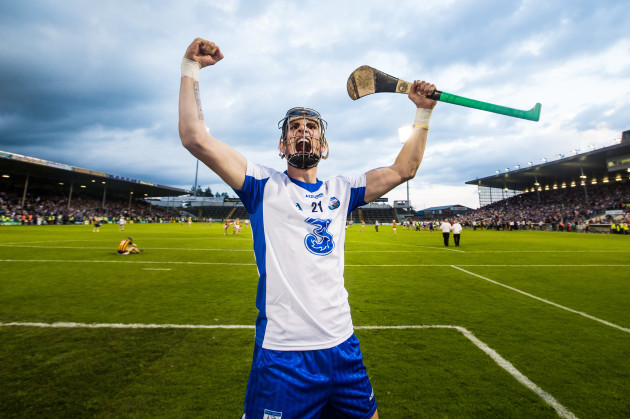 “I would have played on development squads with all them up until U15 or U16.

“So it’s been unreal seeing them lads come through and doing well. I’d follow them very close, I love seeing them do well now.

“Waterford are such a young team, I think there’s definitely a Munster championship and I think an All-Ireland championship in them in the next few years, and I’d only be delighted to see that happen.”

When he was 16, the family moved to Athy. Feely quickly settled in south Kildare, immersing himself in his new sporting environment. He made the Kildare minor team and at 19, helped Athy win the county senior final in 2011.

But soccer had tugged at his heartstrings from a young age. He started out with Villa FC in Waterford and after the move to Kildare, he began a soccer scholarship in DCU in 2010.

His prowess as a centre-half saw Feely make rapid progress. The breakthrough with the Bohemians first team came in 2011 and the following year he had hopped on to England, snapped up by Charlton. 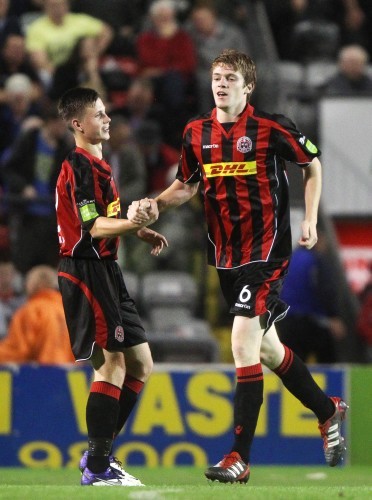 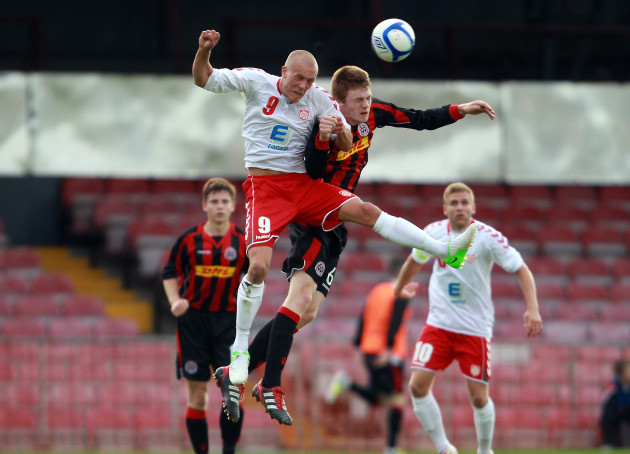 Feely in action for Bohemians in the Europa League in 2012.

He lived a nomadic existence in English soccer, a loan spell elsewhere in London with AFC Wimbledon and one up north with Carlisle United. In 2014 he was sold to Newport County but after a year in south Wales, the realisation had set in that this career was not for him.

The lure of the homeland won out. By September 2015 he was back in DCU, resuming his studies in athletic therapy, a degree which he has just finished in recent months.

He thew himself into an Athy senior football campaign that only culminated in defeat at the final hurdle in Kildare. 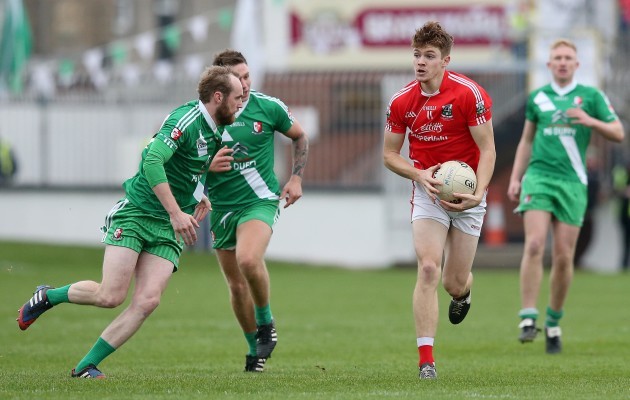 Feely returned to play for Athy in the 2015 Kildare senior final against Sarsfields.

Soccer was a job for me, it was never really something that I was overly enjoying,” says Feely.

“I never had any huge ambitions to do good things in soccer. Probably the money side of things was why I wasn’t home a year or two earlier.

“The summer before I did come home I was thinking I’d love to come home but I actually can’t afford to.

“Nearly the following year and a half that I spent in England was purely for financial reasons. I was doing it to be able to save enough money so that I could come home and finish my college course.

“I understand that that’s the completely wrong reason to be playing any sport. I felt at the same time that it had to be done for my own happiness, to be able to come home.

“It is hard leaving that behind, knowing that there could be a fairly secure living in this for you for a few years.

“But you can’t really put a price on your own personal happiness and from talking to my parents and friends I knew that definitely the right decision was to come home.”

He thinks of other players he encountered in English soccer and knows their ambitions did not match with his.

“I wouldn’t have come across anybody who didn’t have big ambitions of becoming a professional soccer player. I know Shane Supple was probably a similar case to myself.

“But in his own head, as he said, it wasn’t something that he wanted to do for the rest of his life. You’d like to think he’s come home and been happy with his decision since.

“I’ve come across Irish lads over there who are fighting homesickness and finding it difficult to get used to the culture.

“But I think all they ever wanted to be was professional soccer players and they continue to want that.

“Whereas I think for myself and maybe Shane, we didn’t have any ambitions to be professional soccer players our whole lives.”

He looks at his younger brother Rory and sees someone with a different motivation. Playing with St Pat’s is something that sits naturally with him. 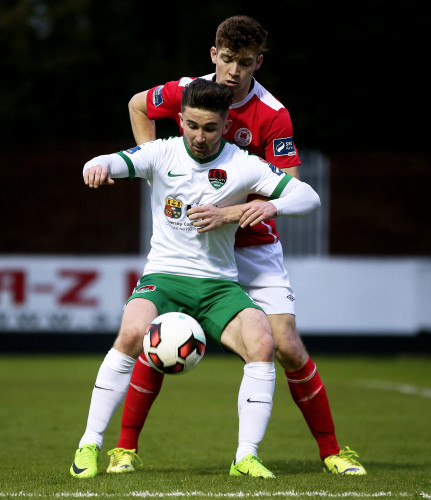 “He had a similar decision as myself to make, at the start of this year, where he could have continued playing with Athy (and) Kildare U21’s.

“But he was very strong in his opinion that soccer is his game and I completely understand that. His passion for soccer far exceeds what I’ve had in the last couple of years.

“He’s not looking at Gaelic and wondering what might have been. Literally his whole focus is on making a career for himself in soccer and I’d be delighted to see him do well in that respect.”

When Feely was in England, he heard tales of Gaelic football from home and it sparked regrets. Missing Kildare’s Leinster U21 winning journey four years ago was painful.

“I would have always looked at Gaelic as something that I could achieve things in with Athy and Kildare and that was definitely the main reason behind coming home anyway.

“That (in 2013) would have been very tough, seeing all the lads that I played underage with going on and achieving things in Leinster and nearly getting to an All-Ireland final.

“Even looking at the Galway game, they lost in the semi-final, you can’t help but think ‘I could have contributed something there’, so that was tough.

“But to be fair I’m delighted I’ve come home.”

In 2016 he was brought on board when Cian O’Neill embarked on a new regime for Kildare. It was a tricky first year and Feely damaged his shoulder severely at an inopportune time last summer.

This year has been different. Appointed vice-captain at the outset, he thrived as Kildare swept to league promotion in Division 2. 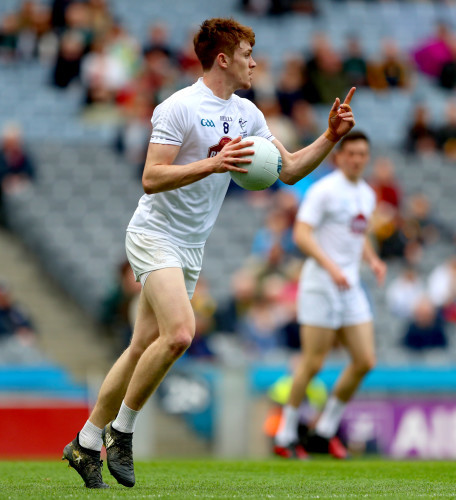 Feely in action in April’s league final against Galway.

And when he was needed most, Feely stepped up. Before their Round 5 game in March, Kildare faced a bit of a crisis with a dearth of freetakers due to injuries.

The Kildare management wondered whether Feely would kick the placed balls. He’d no prior experience but that didn’t dilute his enthusiasm in taking on a new role.

His soccer days helped him become comfortable kicking with both feet. Between that Down match and the Clare game the following weekend in Newbridge, he nailed ten points from frees. A miss in the second-half against Clare was the only blot on his copybook but by the end of March, Kildare were toasting promotion.

“I’ve grown to enjoy it. Once your confidence reaches that level, it becomes a little bit more enjoyable hitting those frees.

“Whereas the first few times you’re doing it, it’s uncomfortable. I was never a free-taker growing up or anything like that.

“It’s definitely something that takes a bit of getting used to and it requires a certain mindset. When Ronan Sweeney and Cian (O’Neill) mentioned to me that they were considering me for frees if they were stuck, I was making sure to put in those extra hours.

“Having that in your head going into a match makes it easier, you feel a bit more comfortable knowing at least you’ve done the work behind it.”

He has carried that form into the Leinster championship. In last month’s semi-final Feely was a revelation at midfield, his clean catching from kickouts a strong feature of a towering display in Tullamore.

“When it (the mark) was being brought in back in the winter, it was always something that I thought this is going to really be good for the game.

“There was a small bit of controversy about it but I couldn’t really see any downside to it. Personally a couple of years ago you might be frustrated, you might catch a ball, you might come down and surrounded by three or four lads and you get blown for over-carrying.

“You think what’s the point in ever going long for a kickout or what’s the benefit of being a good fielder? So I think for any high fielding midfielders or teams that want to build that platform higher up the pitch, it’s been a brilliant rule.” 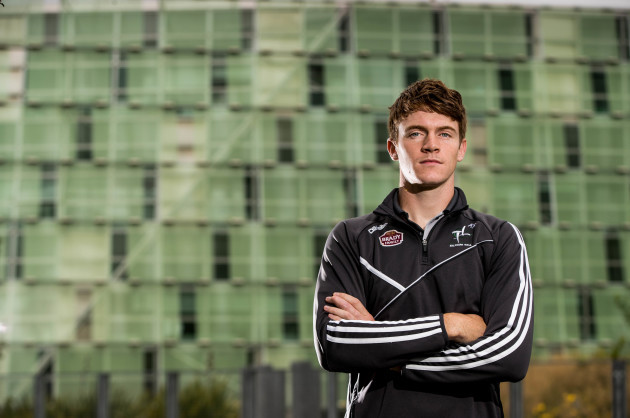 He has a feverish level of excitement ahead of tomorrow. Croke Park against the best side in the country. A big Lilywhite crowd set to make the trek. Kicking frees into a sea of blue on Hill 16.

“Jesus, football would have been very low down on the priority list when I was growing up. It was always either professional soccer or if not that, then inter-county hurling for Waterford was definitely the next priority. The way things have turned out, football seems to be my calling.

“It’s brilliant, it’s been too long for the county, eight years ago. It was a duck that had to be broken at some stage and we’re delighted that we were able to do it.

“I would have had high expectations last year, maybe too high, not so realistic. This year has kind of made up for it, we’re moving well. 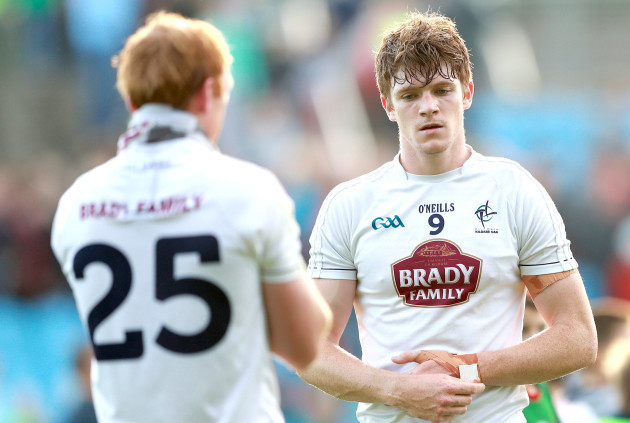 A dejected Kevin Feely after last July’s loss to Mayo.

“If we could put in a good performance in the Leinster final and do ourselves justice it would go a long way towards justifying my reasons for coming home.”

A spell in English soccer.

But now making his name as a Kildare footballer.

Regrets over 2009, connecting with Kildare fans and coaching stints with Waterford and Sligo
‘I definitely think Dublin are so far ahead of everybody else, it’s actually scary now’