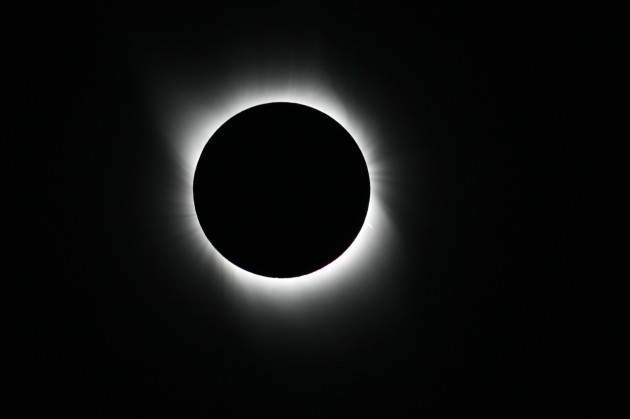 A solar eclipse as seen from China in 2008. This was visible as a partial eclipse from Ireland.

EXCITEMENT ABOUT MONDAY’S solar eclipse has reached fever pitch in the United States – and it’s not hard to see why.

The moon’s shadow will cut a path right across the continent. The first location to be plunged into complete darkness will be in the middle of the Pacific Ocean, before the moon’s shadow makes landfall in Oregon and travels across to South Carolina.

With almost 12 million Americans living in the path in which the moon’s 113km-wide shadow will fall – and some two-thirds of the country’s population living a day’s car journey away – a significant number of people will be able to witness the event first hand.

Nasa will broadcast live video, and watch parties are expected to be held in parks, libraries and stadiums nationwide.

The last time the United States witnessed an eclipse of this significance was in 1918 – it’s path wasn’t hugely dissimilar to Monday’s.

Solar eclipses happen relatively frequent, and very few places on Earth haven’t experienced one in the past 1,000 years.

The science behind an eclipse is simple – the moon briefly gets in the way of the sun’s light.*

Although the moon is frequently visible in the daytime sky, its path doesn’t cross directly in front of the sun. This is what happens during a solar eclipse, resulting in a shadow being briefly cast on the Earth. 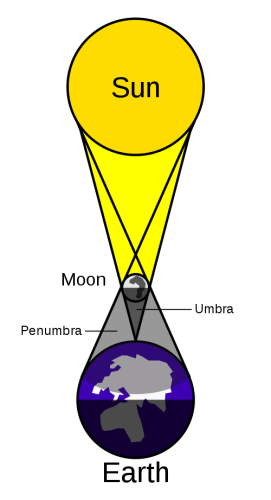 The area labelled umbra in the above diagram is where total darkness – or totality – is experienced. Day turns to night and back again, and when those stunning images we all associate with eclipses are captured. The area labelled penumbra is where you’ll see a partial eclipse, where the moon is doesn’t cover the entire sun and so doesn’t block out all light. This is what Ireland will experience on Monday, just like every other eclipse since the 1700s (we’re a bit unlucky).

While eclipses happen on other planets, few are as stunning as the ones that take place on Earth. The moon is correct size and correct distance away from the Earth to allow for it to be almost the exact same size as the sun in the sky.

The most recent partial eclipse experienced in Ireland was in March 2015, which was partially obscured by cloud in many areas.

However, you have to go a lot further back to find the last time a total eclipse was seen on Irish soil – 1727. 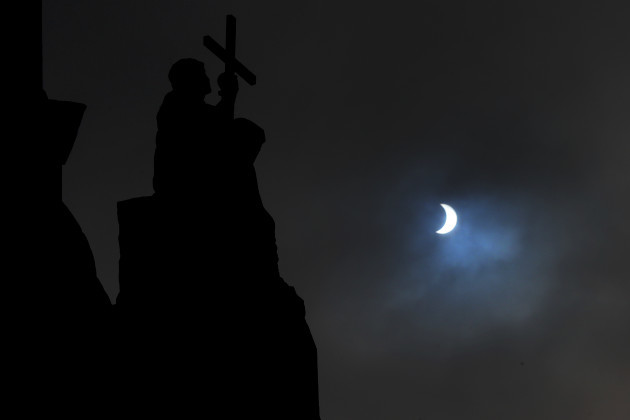 A glimpse of the 2015 eclipse from the front square in Trinity College Dublin.

Ireland experienced other recent partial eclipses in 2008, 2006, and 2005, but the one that will stand out in most people’s mind was in 1999, where a similar frenzy of media coverage was experienced.

The path of totality came close to the south coast of Ireland. 97% of the sun was obscured in Cork.

The moon’s shadow passed over Cornwall before moving from France right across to India. 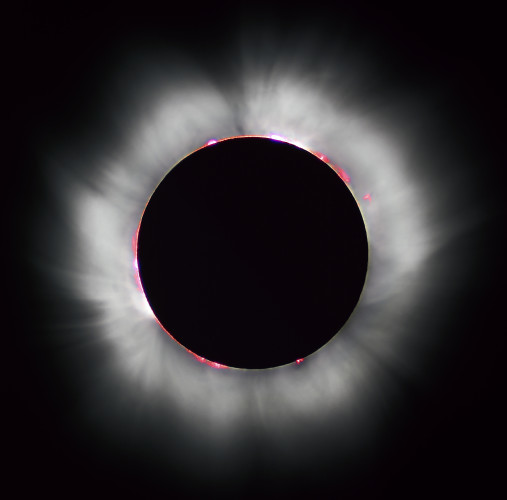 The 1999 solar eclipse, as seen from France.

This time round, the eclipse won’t have much of an impact on this side of the Atlantic.

While parts of the United States are being plunged into total darkness, we will only be able to see a spit of a small partial eclipse at sunset, starting shortly before 7.40pm, reaching its peak just after 8.00pm, and it will all be over by 8.30pm.

And since this is Ireland, that’s also weather pending.

The amount of sun that will be obscured by the eclipse in Ireland, as seen from Dublin.

Astronomy Ireland are holding two eclipse events on Monday evening, where they will have all the equipment necessary to comfortably and safely watch the eclipse.

One is at their headquarters in Rosemount Business Park, Dublin 15, the other will be in the south east, at at Kingsmeadow, Old Cork Road, Waterford.

Both events are taking place at 7.30pm. Speaking to TheJournal.ie, Astronomy Ireland chairman David Moore said he believes this will be the best time to get a good view of the eclipse.

It will happen very low in the sky. Be ready from the very start as it’s only going to get lower in the sky, and the closer it gets to the horizon, the more likely it is that cloud will obscure the view.

He added that while it will be visible, just 8% of the sun will be covered by the moon in the extreme north west, rising to 13% in the extreme south west.

Although the sun will be low, looking directly at the eclipse without proper equipment can cause serious and lasting eye damage. Don’t do it.

If you’re feeling disappointed, fret not, we won’t have to wait too long to see a significant eclipse.

In August 2026, an eclipse is due to pass downwards from the Arctic, skimming past the waters off the west coast of Ireland and on to Spain.

Totality will not be visible from Ireland – you will have to head to parts of Greenland, Iceland, and northern Spain if want to see complete darkness – but as much as 90% of the sun will be covered in some parts of the country. The best views will be in the west.

The next time a full eclipse, covering 100% of the sun, will be seen from Ireland will be 23 September 2090 (set a reminder on your phone now), although even then it will only snip past the south west.

Solar eclipses can be precisely predicted years in advance, meaning we already know that if you live in Dublin you’re set to see a speactular total eclipse of the sun on the 6 May 2600.

Hopefully it won’t be cloudy for that one.

*But what about a lunar eclipse, you asked earlier? The sun shining on the Earth creates a shadow in space on the opposite side. The moon occasionally passes through this, giving it a stunning blood-red tinge. These last much longer than a solar eclipse.

Read: Want to view the solar eclipse without damaging your eyes? Read this >