A THIRD WOMAN has come forward to accuse Roman Polanski of sexual assault when she was a minor, four decades after he went on the run for raping another girl.

The woman, identified only as Robin, told a news conference in Los Angeles she was “sexually victimised” by the legendary French-Polish film director when she was just 16, in 1973.

“The day after it happened, I did tell one friend that Mr Polanski had done that to me,” she said, reading from a prepared statement.

“The reason, with this exception, that I kept it to myself is that I didn’t want my father to do something that might cause him to go to prison for the rest of his life.”

Robin said she was prompted to come forward after the victim at the centre of a rape case against the famed director recently urged authorities to put the case to rest.

Lawyer Gloria Allred, who is representing the latest alleged victim, said the incident happened in southern California but added that her client would not be going into any further detail.

Although the statute of limitations has expired on her case, she could be called to testify in a future trial, the lawyer said.

The director of Rosemary’s Baby and Chinatown, who turns 84 on Friday, was accused of drugging Samantha Geimer when she was 13 before raping her at Jack Nicholson’s house in Los Angeles in 1977 while the film star was away.

Polanski admitted statutory rape after a number of more serious charges were dropped, and spent 48 days in custody to undergo psychiatric evaluation before being released.

According to court documents filed by his lawyer Harland Braun, Polanski was promised by the judge overseeing the case that the seven weeks he spent in custody would be the only time he would serve. 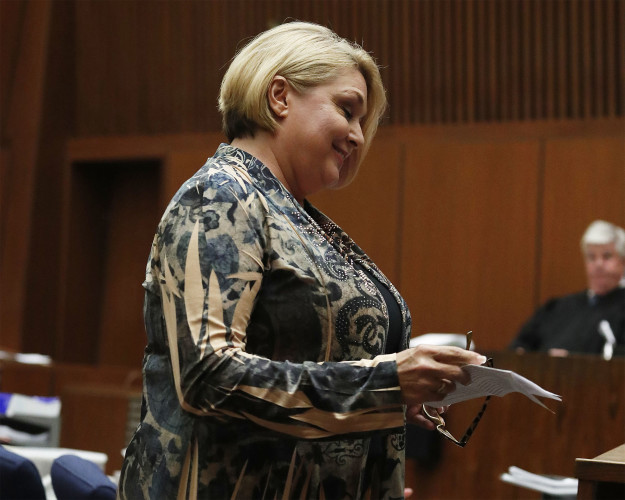 But in 1978, convinced the judge was going to scrap his plea deal and send him to prison – possibly for decades – he left for France.

The director – who is married to French actress Emmanuelle Seigner, with whom he has two children – has since refused to return without assurances that he would not serve additional time in prison.

Robin said she was “infuriated” when Geimer appeared in Los Angeles Superior Court in June to buttress the filmmaker’s case that he had served his time and that the matter should be settled once and for all.

“I’m speaking out now so that Samantha and the world will know that she is not the only minor Roman Polanski victimised,” Robin said.

“I’m not over it and I certainly believe that Roman Polanski should be held accountable for his criminal conduct with Samantha Geimer.”

Allred said Polanski was free to withdraw his guilty plea in the Geimer case and seek a new trial for the charges on which he was originally indicted.

Robin will not be filing a civil complaint but is willing to testify under oath if there were ever a criminal trial, according to Allred.

Polanski’s film career has continued to flourish since he fled to France, where many consider him an icon. He has eight Cesars — the French equivalent of the Oscars — and a best director Academy Award for Holocaust drama The Pianist.

While living in the United States, he was married to the actress Sharon Tate, who was murdered in 1969 by members of the Charles Manson family when she was eight months pregnant.

Polanski’s lawyer could not immediately be reached for comment.