BLANCHARDSTOWN CHIEF SUPERINTENDENT Finbarr Murphy has spoken of the bravery shown by gardaí as they dealt with a siege incident in west Dublin on Tuesday evening.

Speaking outside Blanchardstown garda station early this morning, Finbarr Murphy told the attending press that “tonight is a reminder of the danger gardaí put themselves at” to protect the communities they serve.

Two gardaí were shot by a man who barricaded himself inside his house in the Whitechapel area of Dublin 15 shortly after 7pm.

Gardaí said the officers were attending to reports of gunshots in the area when they themselves were fired upon.

Plain-clothes and uniformed gardaí supported by Armed Support Units responded to the scene.

An armed plain-clothes unit at the scene came under fire. The gardaí took cover behind a patrol car and an exchange of bullets occurred between the man and the armed detectives. The patrol car was struck a number of times by bullets. 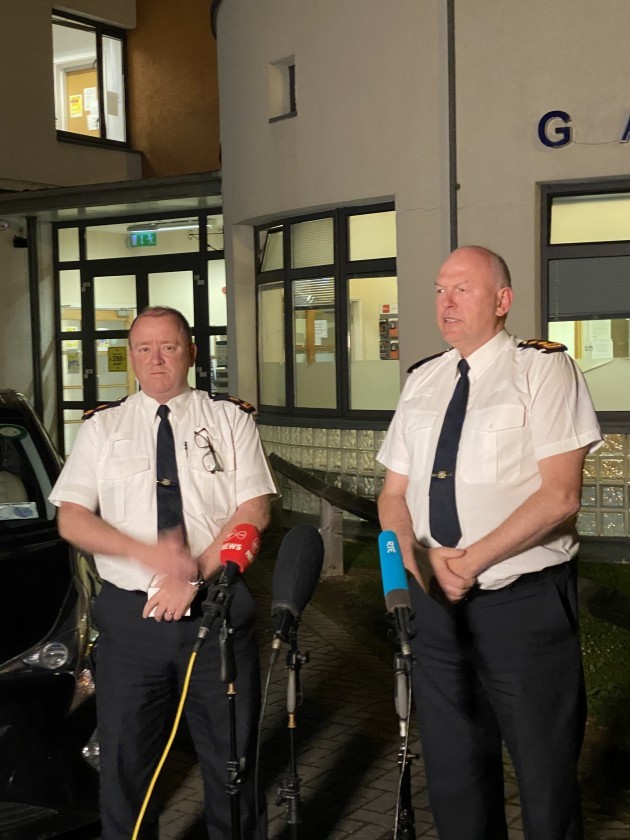 The siege came to an end when the man threw two weapons, a handgun and a submachine gun, out his window. He then exited the house where he was detained. Both firearms and ammunition have been recovered. He is being held at Blanchardstown Garda Station.

Speaking this morning, Chief Superintendent Murphy said: “I want to thank them, on behalf of the organisation, for the work they do and the danger they put themselves to make us safe. I say well done tonight, everyone who responded tonight, you did a brilliant job.

“These people have families they have gone to work today and someone had to make a phone call today to tell them what happened. It’s real life. It’s tough. It’s very, very important that the community appreciate the work these guards are doing and the level of risk they put themselves at to protect society.”

“I was shocked and deeply concerned to learn that two Gardaí were injured in the course of their duties this evening. I wish both Gardaí a swift and full recovery, and I thank them for their service on behalf of the public.

“This incident in Dublin shows yet again the danger An Garda Síochána often face in their efforts to protect and serve the people. We should always be very grateful for all the work they do on a daily basis on our behalf.”