TOUR DE FRANCE rider PawelPoljanski  has been competing in the world’s biggest bike race since it started on 1 July.

The Polish pro on the BORA-Hansgrohe team has completed all 16 stages so far, and he’s got less than a week to go till the finish in Paris.

On Tuesday he posted this crazy-looking Instagram of his vascular legs:

Those jambes are reminiscent of Tour leader Chris Froome‘s legs a few years ago: 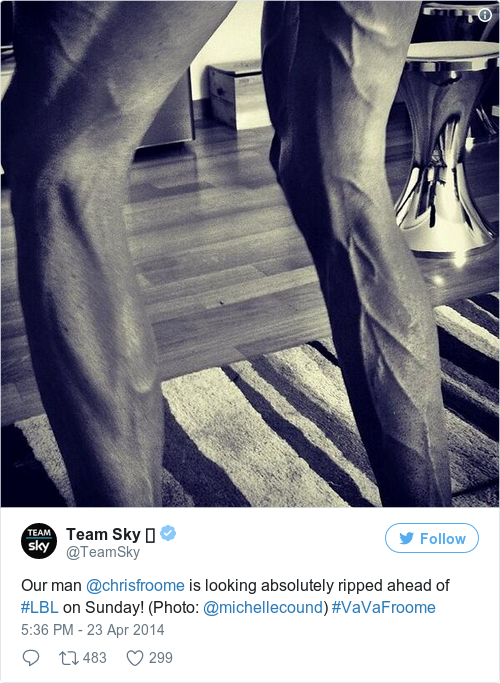 The ripped Pole is in 75th place overall after 16 stages, nearly 2 hours behind Froome.

Poljanski is a teammate of double world champ Peter Sagan, who got kicked out of the Tour in week one for what was deemed erratic sprinting.