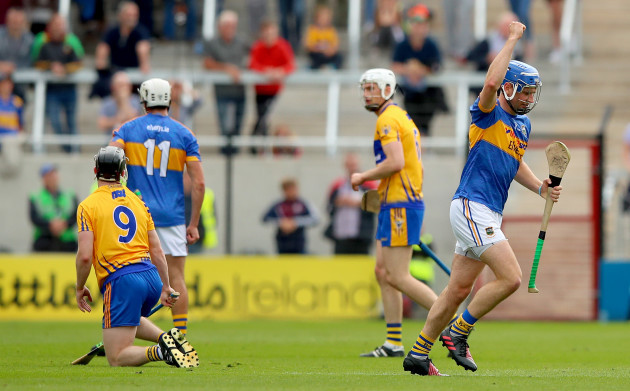 THE CHAMPIONS ARE still standing but Tipperary needed to produce a powerful finish to seal the deal against Clare in this afternoon’s All-Ireland senior hurling quarter-final.

When Conor McGrath flighted over a 65th minute point, it marked the sixth successive white flag that Clare had raised and Tipperary’s margin was trimmed to the minimum, 0-23 to 2-16. 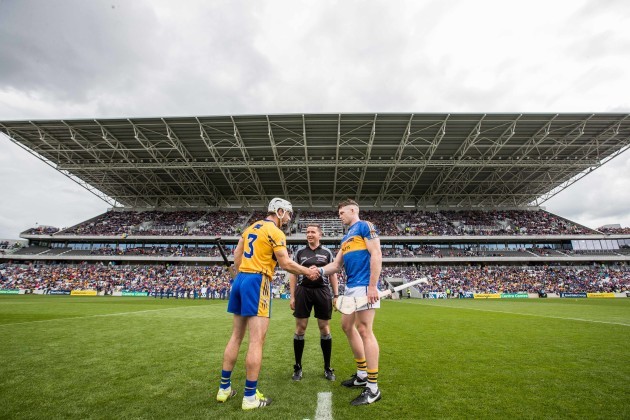 But Michael Ryan saw his side stand tall when it was required. John O’Dwyer kickstarted it with a free before Brendan Maher, John McGrath, Steven O’Brien and Jason Forde struck over the points as Tipperary sailed clear.

A late scrambled goal by Shane O’Donnell in injury-time ensured Clare were only three points adrift at the final whistle but Tipperary marched on after a game where the McGrath brothers dazzled up front with a combined tally of 0-10 from play.

There was 28,567 present for the first senior inter-county fixture at the redeveloped stadium in Cork for a match that Tipperary looked in complete control of early on.

They raced into a 0-8 to 0-2 advantage by the 14th minute, including six unanswered points before Tony Kelly stemmed the tide with a free for Clare.

However then the Banner received a marvellous boost in the space of a minute when Aaron Cunningham netted twice, the first a close-range shot after being supplied by Conor McGrath, and the second profiting when O’Donnell released him and he sidestepped the cover before raising a green flag. 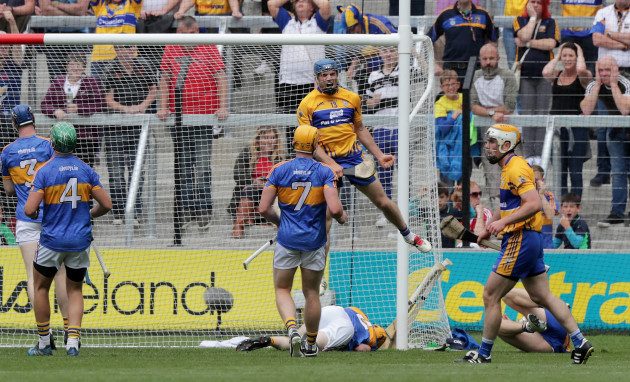 Tipperary responded in a clinical fashion as they availed of poor puckouts from Clare’s Andrew Fahy to go ahead 0-16 to 2-5 at the interval.

In the second half they continued to keep Clare at arm’s length with the McGrath brothers, Callanan and John O’Dwyer all popping up with important points. When Tipperary went 0-23 to 2-10 clear in the 55th minute, the match looked set to peter to an inevitable conclusion.

Instead Clare stitched together a golden scoring spree. Tony Kelly, Peter Duggan, Colm Galvin, David Reidy, Cathal McInerney and McGrath all got in on the scoring act to ratchet up the excitement levels.

Tipperary looked shaky but they regained their composure to close out the game on a successful note.