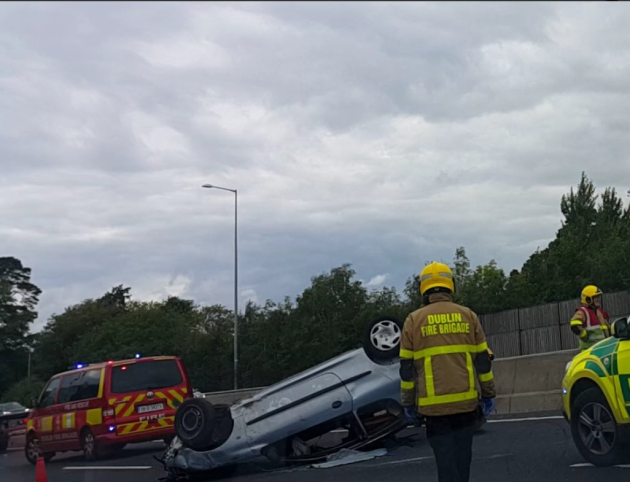 DELAYS ARE BUILDING on the M50 northbound just past Sandyford this evening, after an overturned car has closed the right and middle lanes.

AA Roadwatch is warning people to exercise caution on the roads, and only one lane was open to traffic for the past hour.

It is understood that there are delays from just past J13 Sandyford as far as back as the turn off for Kilternan.

No serious injuries have been reported.

@aaroadwatch m50 at j13 northbound still not moving at all. Chaotic – here for a while yet methinks…. 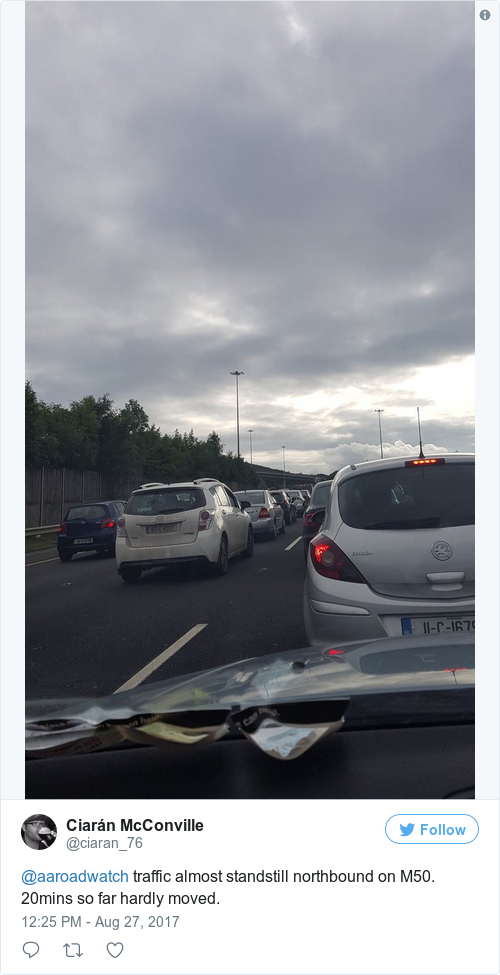 While the car has now been cleared, heavy traffic is set to persist for the time being.

Read: ‘I have two children with me and the water is swallowing me up’: Thousands stranded due to Hurricane Harvey