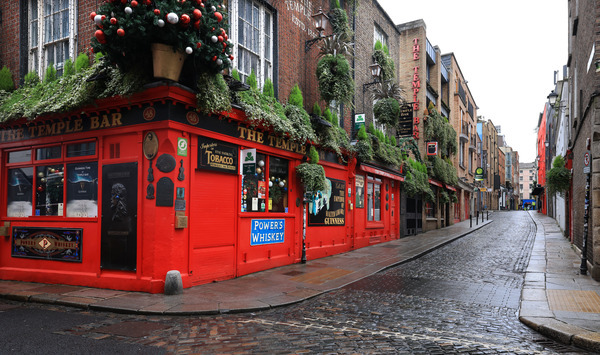 The Temple Bar in Dublin

TOURISM AND CULTURE Minister Catherine Martin has said she hopes that some test live events could take place as early as next month and that they will be across “a variety of genres”.

Martin was speaking at the beginning of an important week in the reopening of Irish society, with a comprehensive government announcement due on Friday.

Taoiseach Micheál Martin said that Friday’s announcement would provide “timelines” around the reopening of sectors such as aviation, tourism and hospitality but that the government would be taking a “cautious” approach.

He also hinted that the reopening of indoor dining and drinking would not necessarily take place at the beginning of July, something that industry groups have been pushing for.

The National Public Health Emergency Team (NPHET) will meet on Thursday to prepare advice for government, after which the Cabinet Covid sub-committee will meet before a full Cabinet meeting on Friday.

Speaking to reporters this afternoon at the National Museum of Ireland, Minister Catherine Martin emphasised the importance of tourism and the live events sector.

She said that the livelihoods of performers had been “devastated” by Covid-19 restrictions.

At the Cabinet meetings this week, Martin said she intends to present proposals for live events to be held on a test basis to prepare for the wider return of live music and other entertainment. 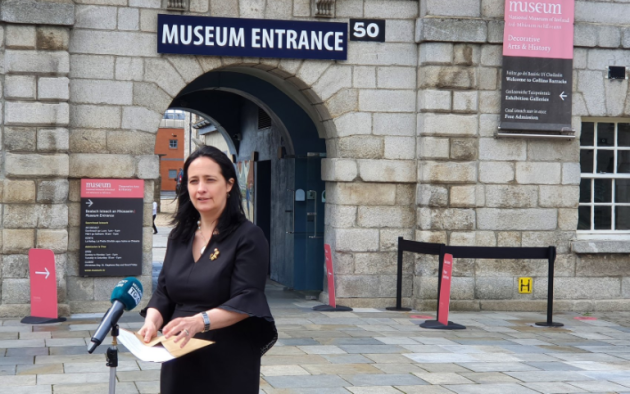 She said these events are being planned “right across the country” and include music genres “from rock to classical, also comedy and of course theatre”.

The minister said the trial events would be both indoors and outdoors.

“The numbers would vary according to the event or the venue. I can’t reveal or speculate on the numbers right now but it will depend on what’s presented to NPHET on Thursday and the public health advice there. ”

Martin said she believes antigen testing at events is “something we should give consideration to” but that this also needs to be discussed with NPHET.

The minister also spoke about the phased reopening of the hospitality sector, which will see hotels and B&Bs reopening their doors on 2 June, with outdoor services in restaurants and pubs to resume on 7 June.

Catherine Martin said she expects industry guidelines on this reopening of dining to be published “early this week”.

Hotels and guesthouses are permitted to serve food indoors to residents when they reopen next week. 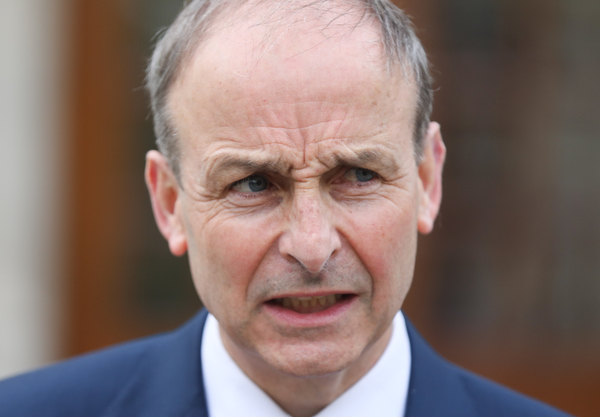 Speaking earlier today, Taoiseach Micheál Martin repeated the government’s preference that “outdoor is best” for the summer and that “indoor has been challenging” with respect to controlling the outbreak of Covid-19.

There is no fixed date set for the return of indoor dining but it’s expected to be some time in July.

Tánaiste Leo Varadkar said last week that he hopes it would be in “early July” but the Taoiseach today suggested that it may also be later in the month.

“We’ll have outdoor dining, outdoor drinking from the 7 June onwards, we will have hotels, B&Bs and guesthouses available from the 2 June for people to book and see how that impacts on the disease,” he told RTÉ’s Today with Claire Byrne.

We’ll see what happens during July. If you look, what we’ve been doing from April and May, everything wasn’t done the first week of those particular months when it began to reopen. Full retail was the 17th, so it’s a graduated approach we will be adopting.

The Restaurants Association of Ireland (RAI) is criticising the government’s graduated approach, arguing that with hotels opening next week allowed to serve customers indoors, this should apply to all restaurants.

“There’s no difference in dining in a hotel restaurant than any other food service establishment. Thousands of day trippers will now cross the border to sample Northern Ireland’s hospitality, which is fully open from today,” he said.

The Taoiseach argued today that the “gradual” approach being taken by the government “is working”, with a number of sectors of society returning without “any spikes of significance”.

“So far so good in terms of the reopening of society,” he said.

The Taoiseach spoke about NPHET’s concerns about the so-called ‘Indian variant’ of Covid-19, with CMO Tony Holohan on Friday describing it as  a “dark cloud on the horizon”.

Martin said these concerns will be taken into consideration when deciding this week on the plan forward.

“It’s steady as she goes to the end of this month, it’ll be steady in June. We’ll see what’s possible in July,” he said.

The Taoiseach was also asked about plans for the return of events, and specifically whether there could be crowds at the All-Ireland Finals at the end of August.

“I think we have to go slowly, let’s take it step-by-step, let’s see how the impact of the variants work out. By the time the All Ireland Finals are played we will have advanced vaccinations much more significantly. But again I’m not getting into specifics in terms of numbers. Some people are speculating on numbers, again a cautious approach will apply there.”

On aviation and how Ireland plans to use the EU’s Digital Green Cert, the Taoiseach said that he will be discussing the issue of travel at an European Council meeting that begins today.