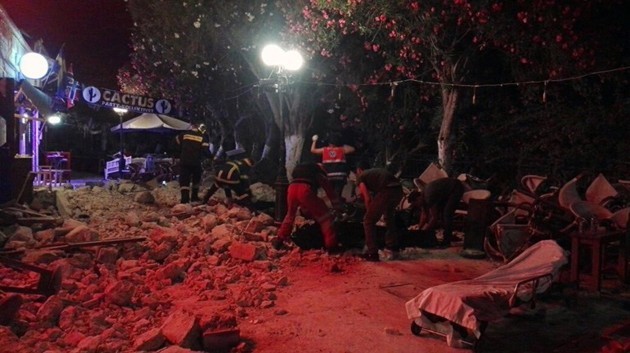 TWO PEOPLE HAVE been killed and 120 have been injured on the Greek island of Kos after an earthquake shook popular Greek and Turkish holiday destinations on the Aegean Sea.

The epicentre of the shallow 6.7 magnitude quake was some 10.3 kilometres south of the major Turkish resort of Bodrum, a magnet for holidaymakers in the summer, and 16.2 km east of the island of Kos in Greece, the US Geological Survey said.

“We have two dead and people injured,” a hospital official on Kos told AFP, adding that the victims were killed when the ceiling of a building collapsed.

Kos mayor Georges Kyritsis told Skai radio the two victims were foreigners. A local journalist, interviewed by the same station, said the victims were found in a bustling part of the town.

The Greek secretary of state for the merchant navy Nektarios Santorinios, said the injury toll had risen to 120.

Reports said the state hospital in Bodrum was evacuated after cracks appeared, with new patients being examined in a garden outside.

Irish couple Kerry and Mandy Mink, who are holidaying in Marmaris, about 100km from Bodrum, told TheJournal.ie that their fifth floor apartment “shook and swayed violently” when the quake struck at 1.30am:

We are now out in the open on sun beds. There has been no information or plan from hotel management. We are safe but it was an emotional and frightening event.

The governor of the southern Mugla province – where Bodrum is located – said some people had been slightly injured after falling out of windows in panic. 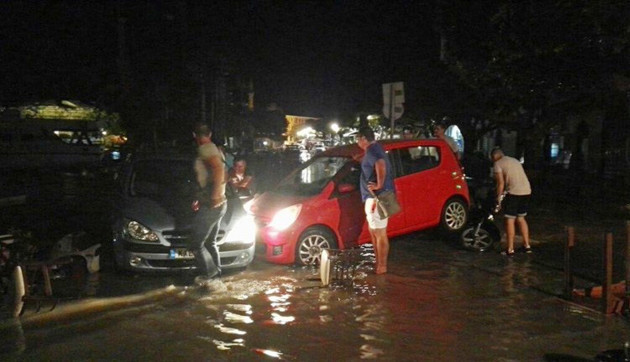 “The biggest problem at the moment are electricity cuts in certain areas (of the city),” Bodrum mayor Mehmet Kocadon told NTV television.

There is light damage and no reports that anyone has been killed.

The Adliye mosque in central Bodrum suffered some damage, with police cordoning it off to prevent people being wounded by fallen debris, the state-run Anadolu news agency said.

The quake was also felt on the Datca peninsula – another major resort area – as well as Turkey’s third city of Izmir on the Aegean to the north.

Turkish television said the earthquake triggered high waves off Gumbet near Bodrum which flooded a road and left parked cars stranded. There were no reports of casualties.

An AFP correspondent holidaying in Bodrum said the quake was followed by aftershocks.

“The bed shook a lot. Some bottles fell and broke in the kitchen and the patio,” said Turkish pensioner Dilber Arikan, who has a summer-house in the area.

I screamed, I was very scared because I was alone. 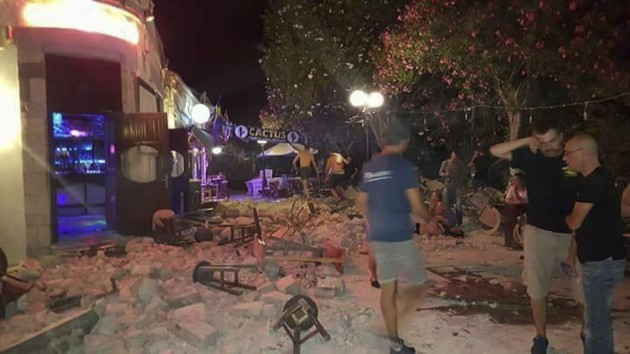 Erdinc Kalece (47) and his 23-year-old son Baris were seeing out the night in the open air in a makeshift bed outside their house in the Turgutreis district outside Bodrum.

“My father and mother were sleeping, I was driving. It was very bad. The road was trembling… I slowed down, waited. I was not scared but anxious,” said Baris.

The quake was also felt on the Greek island of Rhodes.

“We were very surprised. We were scared and we immediately went outside,” Teddy Dijoux, who was holidaying with his family at a Rhodes resort, told AFP.

“That lasted a long time. I quickly gathered up my children to leave the hotel,” said holidaymaker Sylvie Jannot.

Turkey and Greece sit on significant fault lines and have regularly been hit by earthquakes in recent years.

This year alone, Turkey’s western Aegean coast was hit by several significant earthquakes, which brought back memories of past deadly quakes. 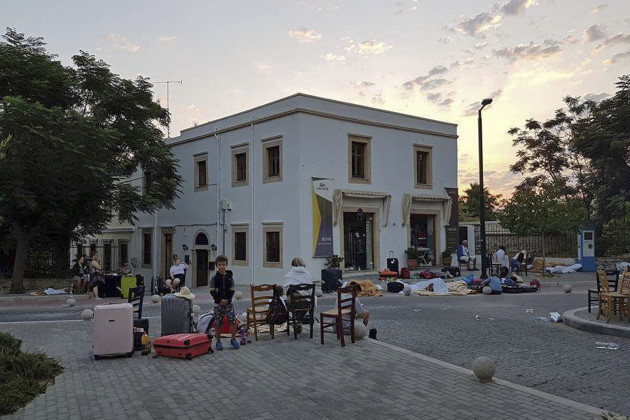 People sleeping in a town square this morning on Kos

In June, a 6.3-magnitude earthquake gutted a village on the Greek island of Lesbos, killing a woman and leaving more than 15 injured. The quake also caused panic on Turkey’s Aegean coast.

On 17 August 1999, a huge earthquake measuring more than 7.0 in magnitude devastated vast areas in the country’s densely populated northwest, notably around Istanbul, killing over 17,000 people.

Read: OJ Simpson has been granted release from prison