TWO TEENAGE BOYS have been arrested by police in London after five acid attacks were carried out in just over an hour.

The attacks are being treated as linked and were carried out by two assailants on mopeds. One of the vehicles was stolen from an attack victim.

The attacks took place across east London beginning at about 10.25 pm.

Met Police have now said that they have arrested two people on suspicion of grievous bodily harm and robbery.

Chief Inspector Ben Clark from Hackney Borough said that some of the rumours that have been circulating following the attacks are incorrect.

“These are hideous offences and must have been very frightening for all of the victims,” he said.

Police first became aware of the incident at 10.25pm last night when police officers were called to Hackney Road junction where a 32-year-old man was suffering from facial injuries.

The man had been on a moped when another moped, with two male riders, pulled up alongside him.

The males threw a corrosive substance in the victim’s face, with one stealing his moped and the other making off on the moped they arrived on, police said.

The man was taken to hospital; his injuries are not being treated as life-threatening or life-changing.

Later, at 11.05pm, a corrosive substance was reported to have been thrown in the face of a man by two males on a moped in Shoreditch High Street.

The victim was taken to hospital and his injuries are not believed to be life-threatening or life-changing.

Then at 11.18pm, police got a report of a robbery in Cazenove Road, where a corrosive substance had been used.

Officers found a man suffering from facial injuries who was then taken to hospital. His injuries are described as life-changing. A crime scene remains in place. 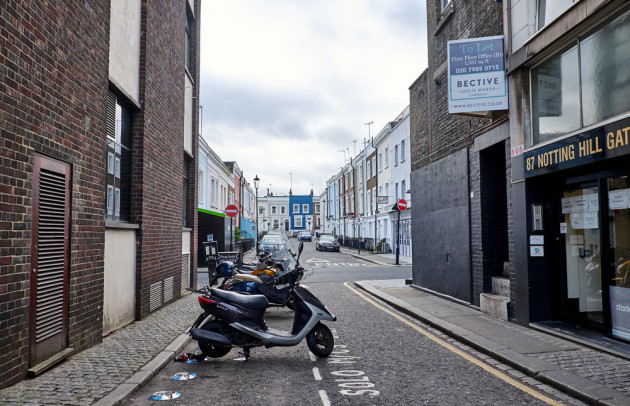 A fourth incident was reported to police at 11.37pm in Chatsworth Road. A man told police he’d been on his moped in traffic when two males on a moped pulled up alongside him and sprayed liquid in his face. They stole his moped and made off.

The victim made his way to his home address before contacting police. He was taken to an east London hospital; his injuries are not life-threatening and not life-changing.

Following the incidents in Hackney, officers were made aware of a similar attack reported in Islington.

At 10.49pm, a man was reported to have had a corrosive substance thrown in his face by two males on a moped in Upper Street junction with Highbury Corner. He was taken to a north London hospital.

All five incidents are being treated as linked at this time.

Last week, a man and his cousin were seriously injured after an assailant threw acid in their open car window – it what’s thought to have been a Muslim hate crime.

A man was charged earlier this week after handing himself into police.

Addressing last night’s incident and the recent increase in acid attacks, Chief Inspector Clark said that businesses need to be increasingly aware of the use of such substances as a weapon.

“Of late we have seen more attacks using corrosive substances in London,” he said.

“I would urge businesses and parents to challenge those who they think may be trying to obtain or carry these substances as this could help prevent serious offences and life changing injuries being caused.”

– With reporting by Rónán Duffy

Read: ‘I’m so sorry that you had to leave this way’: Two more Grenfell victims named

Read: Zainab Deen named as latest Grenfell victim – but 40 others still to be identified