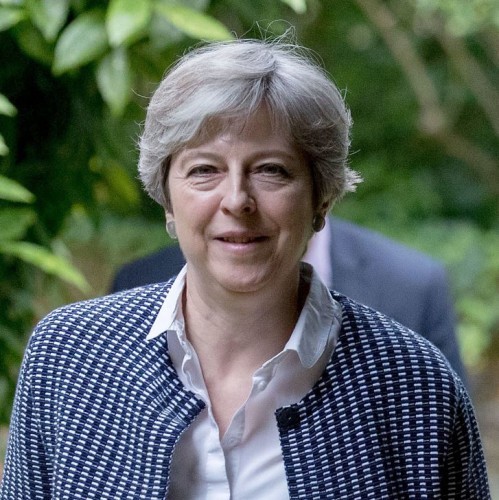 THE BRITISH GOVERNMENT is to set out its guiding principles as it moves towards ending the direct jurisdiction of the European Court of Justice (ECJ) in the United Kingdom after Brexit.

A “future partnership paper” drawn up by the UK government will:

In a statement released today, the British government said: “The paper will be clear that as part of the deep and special partnership the UK seeks with the EU, it is in the interests of both sides that the rights and obligations agreed between the two can be relied upon and enforced easily, for example, by EU citizens in the UK courts, or UK nationals in the courts of EU member states.”

The paper will also examine “a variety of precedents for resolving disputes that may arise between the UK and the EU which help to demonstrate that it is normal for the EU to reach agreements with third countries without the CJEU (ECJ) having direct jurisdiction over them”.

The UK government has said the document will “make the point that the exact form of enforcement and dispute resolution is often tailored to the content of the agreement and varies across different issues such as trade or security”.

It will also say that there is no precedent driven by EU, UK or international law which demands that enforcement or dispute resolution of the UK-EU agreements fall under the direct jurisdiction of the ECJ.

Ahead of the paper’s publication, a UK Government spokesperson said: “We have long been clear that in leaving the EU we will bring an ​end to the direct jurisdiction of the Court of Justice of the European Union in the UK.

It is in the interests of both the UK and the EU, and of our citizens and businesses, that the rights and obligations agreed between us can be relied upon and enforced in appropriate ways.

“It is also in everyone’s interest that, where disputes arise between the UK and the EU on the application or interpretation of these obligations, those disputes can be resolved efficiently and effectively.

“This paper takes the next steps as we prepare to engage constructively to negotiate our approach to this.”

The document has been criticised by the opposition in the UK. Shadow Brexit secretary Sir Keir Starmer, a Labour MP, said the proposals could have a negative impact on Brexit negotiations.

Starmer told Sky News: “Any final deal with the EU that protects jobs and the economy will require an effective and robust dispute resolution mechanism.

“This will inevitably involve some form of independent court. The Prime Minister’s ideological insistence that there can be no future role whatsoever for the ECJ or any similar court-like body risks preventing the deal Britain needs.”

Coveney said the negotiations must aim secure “an outcome than can allow normality, as we currently enjoy it”. 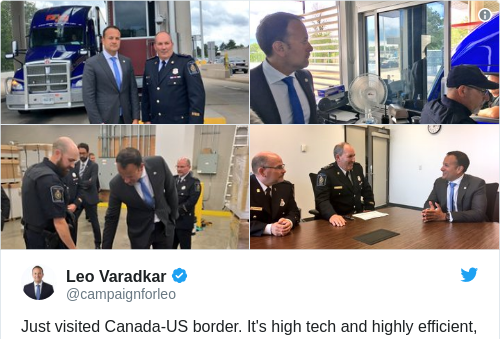 Just visited Canada-US border. It's high tech and highly efficient, but make no mistake – it's a hard border. pic.twitter.com/VUVwtLyuGA

During a visit to Canada, Toiseach Leo Varadkar yesterday visited a section on the US-Canadian border, which has been cited as a possible model for any future Irish border.

Speaking after the visit, Varadkar said: “It’s high tech and highly efficient, but make no mistake – it’s a hard border.”

Read: Is ‘Republic of Opportunity’ the new ‘Keep the Recovery Going’?