JEAN DEYSEL HAS brought the curtain down on his professional career at the age of 33.

The Ulster back-row forward, who was also an option in the second row, announced his retirement in a statement this morning. 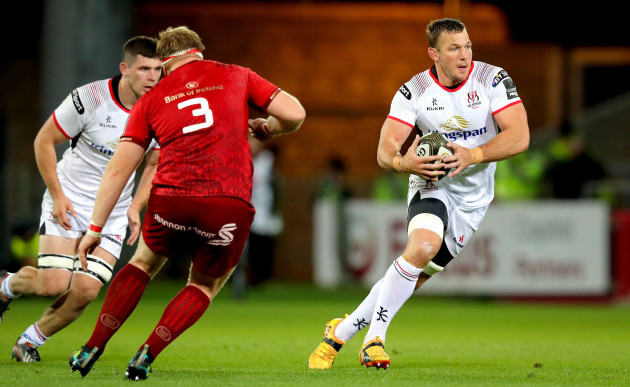 Jean Deysel in possession for Ulster in last month’s game against Munster.

After sustaining a knee injury in the latter stages of last season, Deysel returned to action in September and made three appearances in the Guinness Pro14. However, the South African was then absent for the clash with Connacht, as well as Ulster’s opening Heineken Champions Cup games against Leicester Tigers and Racing 92.

“Looking back over the last 15 years, there were some highs, some lows, a good couple of laughs, and a few tears as well, but the thing that made the journey worthwhile is the people I met along the way. 2018 will be the end of my rugby career, but also the start of a new journey off the field,” Deysel said.

“I would like to firstly thank the Lord Jesus Christ for blessing me with the ability to play and then secondly my family and close friends, the Lions and Sharks franchises, team-mates and coaches over the past 15 years for their support, encouragement and motivation.

“We really enjoyed our time in Belfast and it will always be our home away from home. I want to thank Ulster Rugby for giving me the opportunity to represent this proud province. I am taking back many memories to cherish and will definitely miss the support and friendliness of the fans since our arrival in Belfast.”

Deysel, who was capped four times by South Africa, joined Munster on a short-term deal from the Sharks in 2017, before signing a two-year contract with Ulster ahead of last season. He made his final appearance against Munster last month, when Ulster were defeated by his former side at Thomond Park. 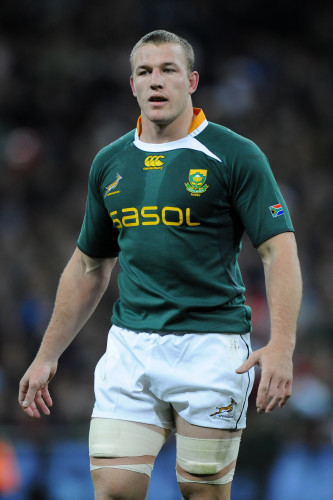 Bryn Cunningham, Ulster’s Operations Director, said: “It is always sad when a player retires and this time is no different. Jean is someone who is not only hugely respected by the players and staff here at Ulster Rugby, but more widely across the rugby world.

“He can rightly be proud of what he’s achieved in a memorable career, during which he played at the highest level. Jean’s abrasive style of play was great to watch and he will be remembered as being a warrior on the pitch.

“Off the pitch, Jean has remained humble and respectful of others, key characteristics we hold in such high regard within the Ulster Rugby culture, and has been a pleasure to work with. He is a very popular member of the squad and his presence will definitely be missed.”

Poll: Are you worried about Brexit?

Whiskey, jeans and motorbikes: EU tariffs on US goods come into effect