THE UNITED STATES today ordered Russia to close its consulate in San Francisco and two other installations in two days, a move Moscow greeted with “regret”, as relations between the nuclear-armed powers took another dive.

The State Department said the decision was made “in the spirit of parity”, after Moscow in July ordered a dramatic reduction of US diplomatic staff in Russia.

At the start of Donald Trump’s presidency in January, the Republican leader said he hoped for improved relations with Vladimir Putin’s Russia.

But after the US Congress approved new economic sanctions against Moscow over its alleged meddling in the 2016 US presidential election, Putin ordered drastic cuts in US staff in retaliation.

Along with the San Francisco consulate, the installations ordered closed were a chancery annex in Washington, where Moscow has a giant embassy complex, and a consular annex in New York. 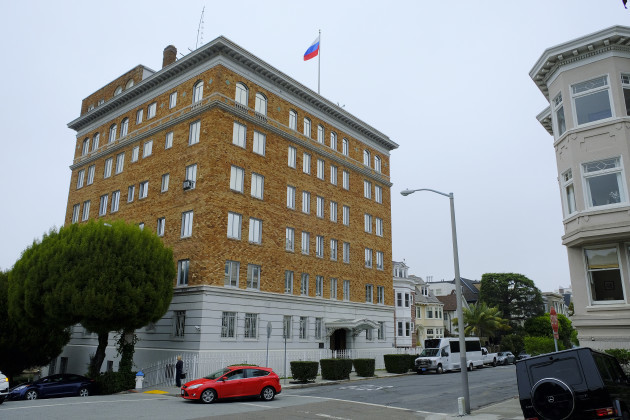 The Consulate-General of Russia in San Francisco

“The United States has fully implemented the decision by the government of the Russian Federation to reduce the size of our mission in Russia,” State Department spokeswoman Heather Nauert said in a statement.

“We believe this action was unwarranted and detrimental to the overall relationship between our countries,” she added, noting that, with the closures ordered, “both countries will remain with three consulates each”.

Russian Foreign Minister Sergei Lavrov expressed his “regret” over the move, after Secretary of State Rex Tillerson called him to announce the decision. The pair will meet in September in New York.

“Moscow will examine the new measures announced by the Americans in detail after which our reaction will be announced,” Lavrov’s ministry said.

A senior US administration official said on condition of anonymity that the decision would not translate into the expulsion of Russian diplomats; those who work in the buildings to be closed can be transferred to other outposts in the US.

Last month, Putin said 755 diplomatic staff – both Russian and American – would have to stop work by Friday, 1 September, although the US State Department has not confirmed the number.

The number of US diplomatic staff will now be capped at 455, the same number that Russia has in the United States.

It is not clear how many of the US-employed staff losing their jobs will be physically leaving the country, or how many are Russian citizens. The RBK news site cited sources saying that at least 600 are Russian.

“We have waited long enough, hoping that the situation would perhaps change for the better,” Putin said when he announced the cuts.

But it seems that even if the situation is changing, it’s not for any time soon.

Washington today expressed hope that the two sides “can avoid further retaliatory actions… and move forward to achieve the stated goal of both of our presidents: improved relations between our two countries”. 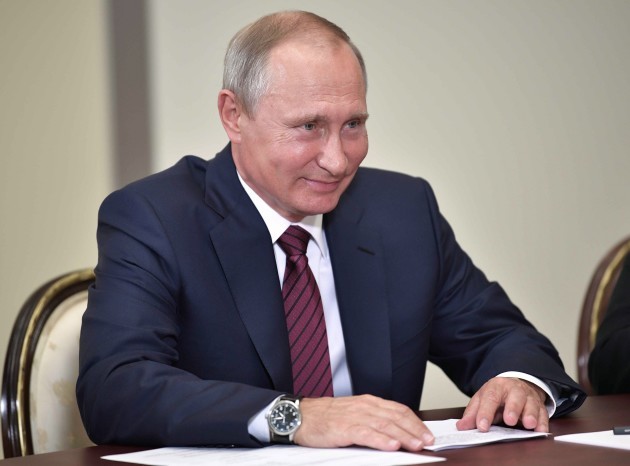 But the State Department warned:

The United States is prepared to take further action as necessary and as warranted.

Washington-based analyst Boris Zilberman, of the Foundation for Defense of Democracies, warned the US to be careful “that this cycle does not spin out of control”.

“This should be the last move in this cycle,” Zilberman said.

Washington had already announced it would suspend issuing all non-immigrant visas in Russia between 23 August and 1 September.

Visa operations at US consulates will remain suspended indefinitely.

Today’s announcement by the State Department came as Russia’s new ambassador to Washington, Anatoly Antonov, arrived in the US capital to take up his post, Russian news agencies reported. 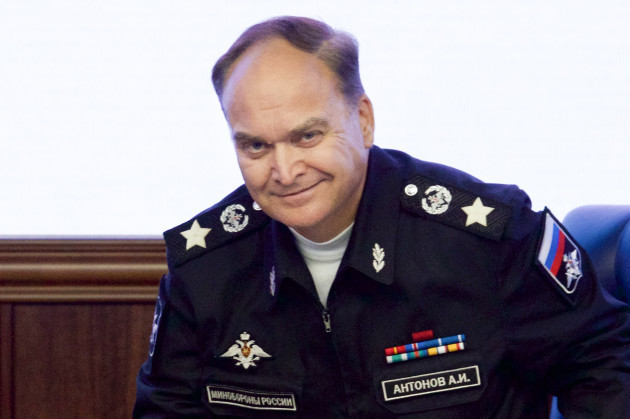 File photo of Russia ambassador to the US Anatoly Antonov.

“Right now we need to calmly examine (this situation). We should act calmly and professionally,” Antonov told RIA-Novosti.

As Lenin said, hysterical impulses are of no use to us.

Antonov’s predecessor Sergei Kislyak is one of the figures at the center of the scandal over alleged Russian meddling in the November election in a bid to help tilt the contest in Trump’s favor over Democrat Hillary Clinton.

“Russia and the United States will only develop effective cooperation if pressure, blackmail and attempts to force one’s will on the other party are removed from their dialogue,” Antonov said earlier this week.

“The ball in this game is in Washington’s court,” he told the Kommersant newspaper before today’s decision was made public.

Read: Two explosions have happened at a flooded chemical plant in Texas

Read: Ireland will soon have a direct flight to one of Asia’s most famous cities