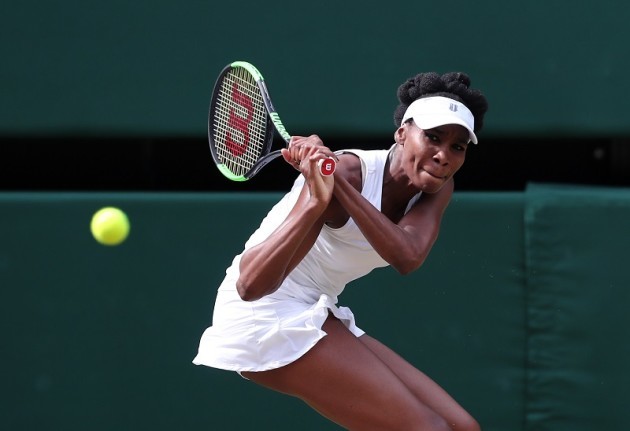 Twenty years after making her Wimbledon debut, five-time champion Williams is into her ninth final at the All England Club and her first since 2009.

The 37-year-old’s sublime display of power-hitting on Centre Court stopped Konta becoming the first British woman to make the final for 40 years and set up a title match against Spain’s Garbine Muguruza.

Venus, aiming to win her first Wimbledon title since 2008, took only 73 minutes to write her name in the history books as the oldest Wimbledon finalist since Martina Navratilova in 1994. 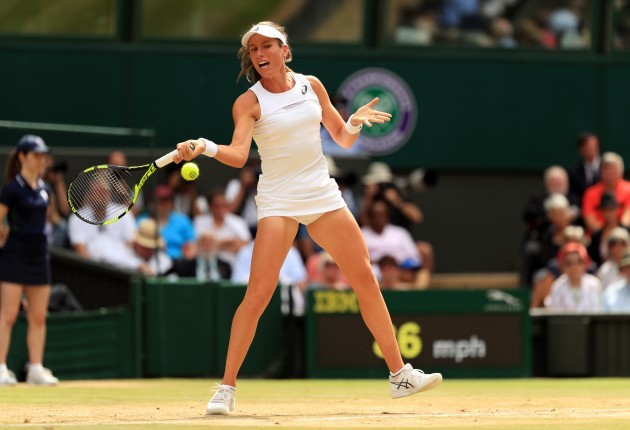 “I’ve played a lot of finals here. It’s been a blessing. I couldn’t ask for more, but I’ll ask for a little more! One more would be amazing,” Venus said. “I thought the crowd were so fair. Jo gave it her all. It’s a lot of pressure. I think my experience was important. I just tried to get one point after another and, wow, it was done. I’m so happy.”

After losing the Australian Open final in January, the world number 11 would be the oldest Wimbledon champion in the Open era — breaking her sister Serena’s record — if she collects her eighth Grand Slam crown on Saturday. Williams’ 87th match win at Wimbledon took her past Serena into sole possession of first place among active players.

With Serena at home preparing to give birth to her first child, Venus has picked up the baton and can make it a 13th Wimbledon title for the Williams family this weekend.

“I miss Serena terribly. I wish she was here. Before the match I wished she could do it for me, but I said ‘no, you have to do it for yourself’,” Venus said. 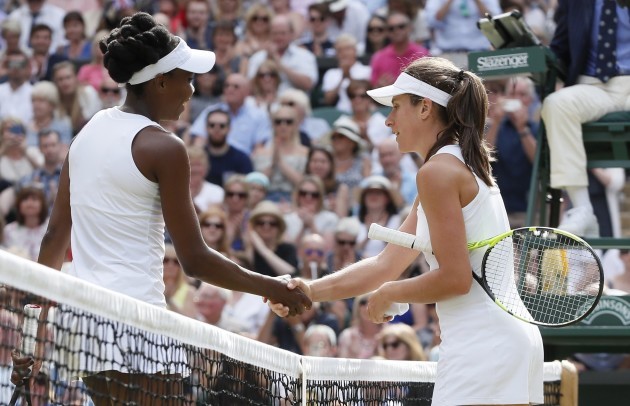 Lifting the aptly named Venus Rosewater Dish would be an especially sweet moment for Williams, who has had to deal with a debilitating autoimmune disease for years, as well as her accidental involvement in a tragic car crash that killed an elderly man in Florida last month.

Reduced to tears by questions about that accident after the first round and at an age when all of her contemporaries have long since retired, Venus is still going strong and Konta was the latest to fall victim to her ferocious will to win.

Konta had been relaxing between matches by baking muffins for her support team, but getting past Williams was never going to be a piece of cake. With Virginia Wade, the last British woman to reach the final, watching from the Royal Box, Konta had to withstand an early barrage from Williams, who peppered her with body serves and bruising ground-strokes.

Deliberately taking her time between points and games, Venus was doing her best to throw Konta out of her rhythm. Crucially, Konta couldn’t take her chance when she earned two break points at 4-4 as Williams served her way out of trouble. 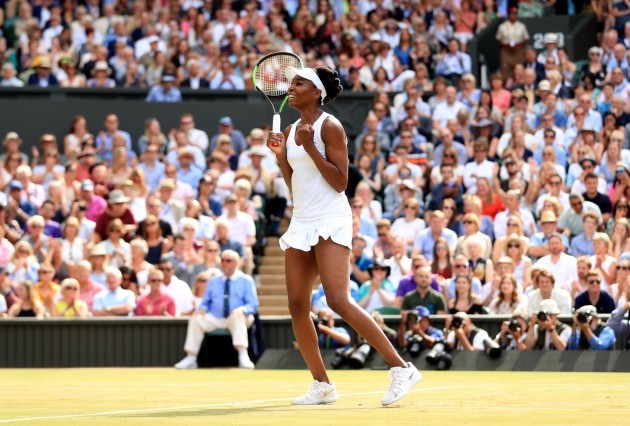 Venus made Konta pay in the next game, unloading a series of blistering ground-stokes to secure three set points, then converting the second when the Briton missed with a forehand. With the momentum now on her side, Venus turned the screw with a break in the fourth game of the second set.

As Konta’s despairing forehand trickled into the net, the crowd’s resigned sigh was music to Williams’ ears. She went for the kill, smashing a serve that almost took Konta’s head off and within minutes she was celebrating one of her most complete Wimbledon performances.

Standing in Venus’s way next is 2016 French Open champion Garbine Muguruza, who stormed into her second Wimbledon final in three years with a 6-1, 6-1 demolition of nerve-ridden Magdalena Rybarikova.