A VIGIL WILL be held tonight to remember Sabina Nessa, a primary school teacher killed in a London park.

The event is due to take place at 7pm in Pegler Square, where the 28-year-old teacher had been due to meet a friend at her local pub, The Depot, when she was fatally attacked just minutes away in Cator Park.

It is expected to be attended by 500 mourners. People who cannot attend are being encouraged to hold a candle at their doorstep at the same time.

Nessa’s family have said they are “shocked” by her brutal murder and are still struggling to understand how she did not make it home safely.

In a statement released to the PA news agency ahead of a rally at the East London Mosque, her sister Jebina Yasmin Islam said: “We as a family are shocked of the murder of our sister, daughter and aunty to my girls.

“There are no words to describe how we are feeling as a family at the moment.

“We did not expect that something like (this) would ever happen to us.

“I urge everyone to walk on busy streets when walking home from work, school or a friend’s homes. Please keep safe.

“I ask you to pray for our sister and make dua (supplication) for her. May Allah (God) grant her paradise.”

This evening’s vigil has been organised by Reclaim These Streets, a group which has organised several well-attended vigils for murdered women in the capital.

The groups co-founder, Anna Birley has said women do not feel safe on the streets and a “fresh generation” of police leaders are needed.

Birley said “very little” has changed since then and women feel “fobbed off” by the Met Police’s promises to engage more with their concerns while “failing to deal with misogyny and sexual misconduct in their own ranks”.

She quoted a Freedom of Information request by MyLondon which the paper said showed that 160 Metropolitan Police officers were accused of sexual assault, sexual harassment or other sexual misconduct from the start of 2019 to the end of 2020.

Birley told the PA news agency: “I think 160 Met Police officers over the past two years have been reported for sexual misconduct and very few of them have seen any consequence for their behaviour, so women need confidence that the person they’re reporting the crime to isn’t also a perpetrator of sexual violence.”

She added: “Culture is a product of leadership and I would say that in the Metropolitan Police and in forces across the country, police leadership needs to take a long hard look at itself as to whether it is genuinely doing all it can to stamp out misogyny within police culture. I think the answer to that is that no, they’re not doing all that they can.”

“It’s not just the handling of the Sarah Everard vigil and her failure to keep women safe, it’s that police officers on her watch harass and are violent towards women, while they are serving officers, it’s a whole host of failings by the Met Police while she’s been in charge, it’s extraordinary that she’s still there.

“Every time a woman dies on her watch we should be saying it’s the final straw for her leadership,” she added.

Downing Street said the Prime Minister’s thoughts were with the family and friends of Nessa.

A spokesman for Boris Johnson said: “The Prime Minister’s focus is on making sure that we make our streets safe for absolutely everybody, that’s why we’re investing the money we are in recruiting more police officers and which is why we, as I say, introduced the strategy when it comes to violence against women and girls earlier this year.”

He added that Metropolitan Police officers will be attending the vigil this evening.

Mayor of London Sadiq Khan said violence against women should be treated with the same level of priority as counter terrorism.

Speaking to the PA news agency on Thursday morning, Khan said: “I think this deserves the same priority as counter terrorism. I agree with the inspector who called this an epidemic.

He added: “I’m in close contact with the Metropolitan Police Service and my thoughts and prayers are with Sabina Nessa’s family. It’s just awful what happened to Sabina last Friday. When I think of Bibaa Henry, Nicole Smallman, Sarah Everard, it’s heart-breaking.”

It comes as a man caught on CCTV near where Nessa was killed in London is being urgently sought by police. 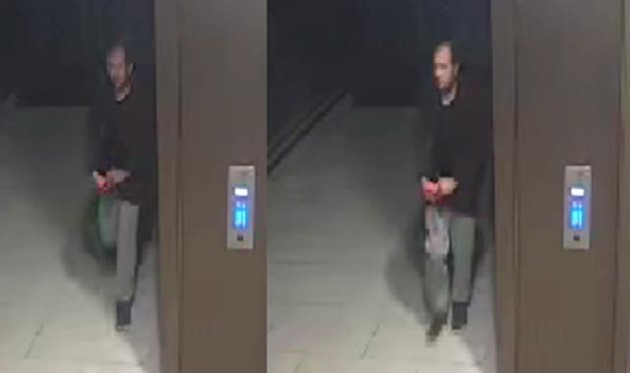 Police want to speak to this man

The Metropolitan Police issued images of the man which show him walking in Pegler Square in Kidbrooke, south-east London, on the evening the 28-year-old was attacked.

Detectives have also released an image, captured in the same area, of a silver car they believe the man has access to and appealed for anyone who recognised either to contact the force immediately.

Detective chief inspector Neil John, from the Met’s Specialist Crime Command, said “an extensive trawl” of CCTV in the area continued and said information on the man’s identity and whereabouts could be “vital” to the investigation.

According to reports, Nessa was attacked with a weapon and her body was found hidden under a pile of leaves.

Her cousin Zubel Ahmed remembered her as a “beautiful soul” who loved teaching, telling the BBC that she “was the most caring person – kindest, sweetest girl you could meet”.

The Metropolitan Police said a 38-year-old man has been arrested on suspicion of Nessa’s murder.

The suspect was arrested at an address in Lewisham on Thursday and is being questioned in custody.

It is the second arrest Scotland Yard has made in connection with the attack.

On Saturday, detectives arrested a man in his 40s on suspicion of murder before he was released under further investigation.