WATERFORD STAR AUSTIN Gleeson is free to line out in the All-Ireland senior hurling final.

The current Hurler of the Year appeared in danger of receiving a suspension after pulling the helmet off the head of Cork’s Luke Meade in the first half of Sunday’s semi-final win at Croke Park. 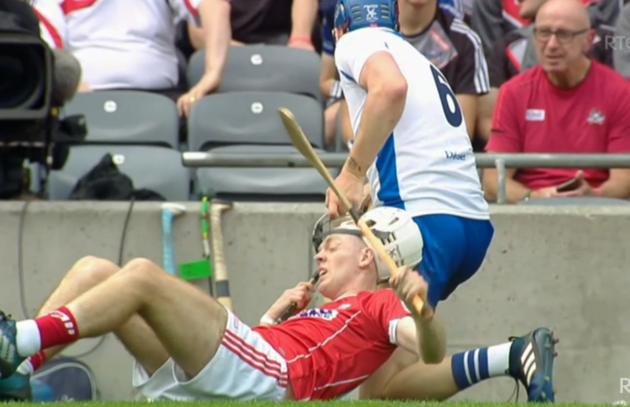 The incident in question.

However, as reported in the Irish Examiner this morning, the 22-year-old defender has escaped sanction as confirmed by RTÉ, meaning he will be available to face Galway in a showdown at GAA HQ on 3 September.

Referee James Owens informed the Central Competitions Committee (CCCC) that he is satisfied with how he officiated the game. Once a referee tells the committee that they acted upon a specific incident, no suspensions can be issued and the case is closed.

Waterford’s Conor Gleeson and Cork forward Patrick Horgan were also sent off late on, and the All-Ireland finalists could yet contest the former’s automatic one-match ban.

‘I’d hate to see a guy miss out on All-Ireland final day because of something like this’
‘Would it happen in the men’s game? Not a hope. It’s actually embarrassing’