THE SISTERS OF Bon Secours has said it “failed to respect the inherent dignity” of the women and children in the Tuam mother and baby home following the publication of a landmark report yesterday.

The Mother and Baby Homes Commission of Investigation released the report on its five-year investigation, detailing the experiences of women and children who lived in the homes between 1922 and 1998.

The report confirmed that about 9,000 children died in the 18 homes under investigation – about 15% of all the children who were in the institutions.

The Bon Secours ran a mother and baby home in Tuam, in which the remains of hundreds of young children and babies were found in a chamber of a disused septic tank in 2017.

In a statement today, the Sisters of Bon Secours apologised for being “part of this sorrowful history” in which many women and children were “rejected, silenced and excluded”.

“Our Sisters ran St Mary’s Mother and Baby Home in Tuam from 1925 to 1961. We did not live up to our Christianity when running the Home,” the statement said.

We failed to respect the inherent dignity of the women and children who came to the Home. We failed to offer them the compassion that they so badly needed.

“We were part of the system in which they suffered hardship, loneliness and terrible hurt.”

The Bon Secours also confirmed it intends to participate in the redress for survivors of the mother and baby homes.

The Commission said that any decision on financial redress is “a matter for government”.

The statement said the Bon Secours “acknowledge in particular” that the children who died at the home were buried in a “disrespectful and unacceptable way”.

“For all that, we are deeply sorry.”

We offer our profound apologies to all the women and children of St Mary’s Mother and Baby Home, to their families and to the people of this country.

“Healing is not possible until what happened is acknowledged. We hope and we pray that healing will come to all those affected; those who are living and those who have died. We hope that we, our church and our country can learn from this history.”

12.01.21
How a God-fearing Ireland shamed, abandoned and punished its 'fallen' women and girls 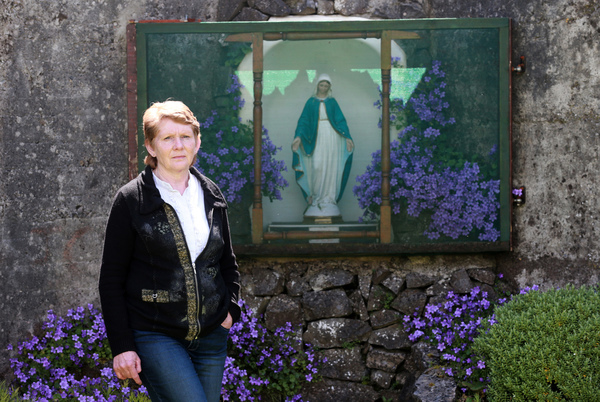 File image of Catherine Corless on the grounds of the unmarked mass grave in Tuam, Co Galway.

Reacting to the apology from the Bon Secours, historian Catherine Corless said she was “amazed” by the statement.

“I couldn’t believe my ears because I didn’t expect that. I thought it would take a lot more lobbying, a lot more begging,” she said on RTÉ radio’s Today with Claire Byrne.

“It’s an honest statement, it’s a clear statement that they are taking the responsibility and the onus of what they did.”

She said the apology about the “indecent” burials was a “great relief” and would mean a lot to survivors.

“That has been my passion for the last few years just for people to acknowledge and to own up to what happened,” Corless said.

Yesterday, the leader of the Catholic Church in Ireland said he accepts that the Church was clearly part of the culture in which people were “frequently stigmatised, judged and rejected”.

“For that, and for the long-lasting hurt and emotional distress that has resulted, I unreservedly apologise to the survivors and to all those who are personally impacted by the realities it uncovers,” Archbishop Eamon Martin said in a statement.

The report said that in the years prior to 1960, the mother and baby homes “did not save the lives of ‘illegitimate’ children”.

“In fact, they appear to have significantly reduced their prospects of survival. The very high mortality rates were known to local and national authorities at the time and were recorded in official publications,” the report said.

The report also confirmed that infant human remains were located during an excavation at Sean Ross home in Co Tipperary. These remains appear to have been buried in coffins, unlike the situation at Tuam.