THE ALL BLACKS get their 2021 season underway in six weeks’ time with a clash against Tonga before back-to-back Tests against Fiji and there is a growing sense that Richie Mo’unga will be wearing their number 10 shirt.

Beauden Barrett’s stint with Suntory Goliath in Japan concluded last weekend with defeat to the Panasonic Wild Knights in the Top League final, meaning he will be back in the mix under All Blacks head coach Ian Foster over the coming months.

But with Crusaders out-half Mo’unga in such excellent form, it’s difficult to see how the All Blacks, who will also play in the Rugby Championship from August, can leave him out, as discussed by Eoin Toolan and Murray Kinsella on today’s episode of The42 Rugby Weekly Extra – an analysis podcast available to members of The42 every Monday.

After the Crusaders hammered the Reds in the latest round of Super Rugby Trans-Tasman, there was no doubt about the star of the show.

Eoin: “Richie Mo’unga. He ran for 158 metres, he was just a force of nature for the Crusaders, scored a hat-trick.

“There was one moment where he sets up the try for Sevu Reece. It comes off a linebreak, he picks up the ball probably on the halfway line and his vision is just exceptional. The Crusaders’ fundamentals are so good, the forwards are so comfortable on the ball and this was a little tip pass brilliantly executed and Mo’unga is in that link position in behind the forward pod, but when the tip happens, he swings around the corner to be in a position to receive the offload.

“When he gets the ball Sevu Reece is about 15 metres behind him but Mo’unga has already looked to his right and out of his peripheral vision, he has seen Reece. He steps on the accelator and starts working towatds Reece’s wing, understanding that Reece will be able to catch up with him eventually.

“When Mo’unga sits down the Reds fullback, he just knows that Reece is going to be in position and it’s a lovely floated pass, probably a 15-metre pass, and Reece doesn’t even have to break stride and scores in the corner. 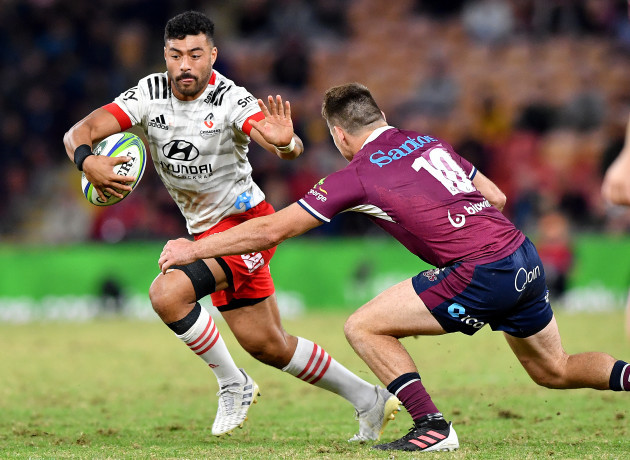 Mo’unga scored a hat-trick against the Reds and kicked 8 from 8 off the tee.

“Whatever about Mo’unga’s three tries, I thought the peripheral vision, the acceleration and then the ability to execute that pass off his left at speed was just a world-class moment.”

Murray: “Yeah, he is frightening at the moment. I think he’s the most in-form player in the world really. I know guys like Dupont and Kolbe have been outstanding but Mo’unga is just irresistible at the moment.

“Even in the course of this game, you could watch his confidence take another step up every time he got the ball. At times the defence wasn’t great from the Reds obviously, but it looked like he was playing touch rugby.

“His lateral movement is ridiculous, he can move at such pace after stepping, his acceleration is remarkable and such a strength for him. Every time there’s an opportunity, he can get there so quickly.

“He can kick well, he can pass well, he can beat defenders, he’s robust when he’s in contact. There were so many highlights.

“There are others playing great rugby but we’re starting Richie Mo’unga at 10 in our prospective All Blacks team, aren’t we? You can’t leave him out, can you?”

Eoin: “What a luxury for New Zealand rugby trying to figure out who you’re going to play there. Any other team in the world is taking either Mo’unga or Barrett at 10 at the moment.

“We’ve talked about whether they’re going to stick with trying to get them both on the pitch at the same time, which I’m not sure has worked for New Zealand, but you would think you couldn’t not start Mo’unga at 10 for the first Test match with the way he’s going at the moment.” 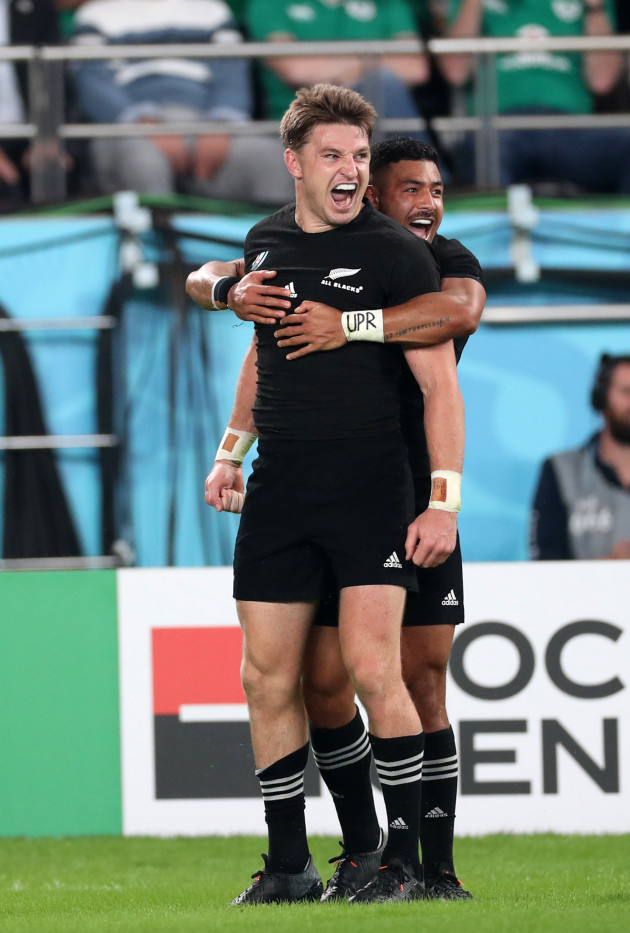 Barrett and Mo’unga have played together for the All Blacks.

Eoin and Murray also broke down the Champions Cup final on today’s edition of The42 Rugby Weekly Extra, discussing how Ronan O’Gara’s La Rochelle came up short against Toulouse.

Having just spent the season coaching in Japan, Eoin also answered some members’ questions on his experiences with the Kintetsu Liners.

You can sign up as a member of The42 here in order to listen to the extra rugby podcasts and a wide range of other shows on sportswriting, football, GAA, and coaching, as well as getting weekly newsletters and access to our lively member-only Whatsapp groups.