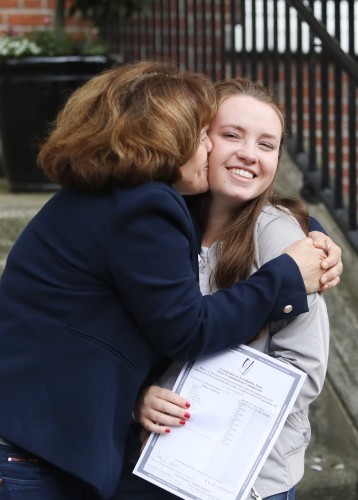 IT’S THAT TIME of year again, the Leaving Cert results are in.

2017 marks the beginning of the common points system – a new grading system which will alter how points are distributed for exam results.

The new system does away with the lettered grades of old (so no As, Bs or Cs this year) and introduces instead a specific 1-8 scale for Higher and Ordinary levels.

This means the number of grades available in each exam (and the corresponding points) has dropped from 14 to eight.

This will make comparing this year’s results with previous years more complicated. 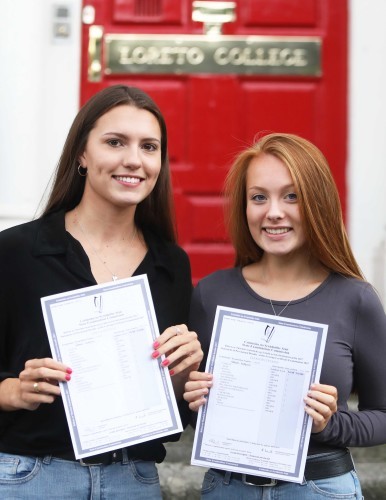 Dervla Brennan from Clontarf who got 577 points and Eleanor Coleman from Rathgar who got 601 points, pictured outside Loreto College in Dublin

Education Minister Richard Bruton was among those to congratulate students.

“Today is a watershed moment for the class of 2017 as their school lives draw to a close. It is a time to celebrate the end of a very important period in their lives, and to recognise the massive contribution of teachers, parents and friends who helped along the way.

For students who may not have done as well as they might have hoped, take time to consider all the options which are available and can lead you to your chosen career. Whatever your results today – there will be opportunities for you.

Bruton also thanked the State Examinations Commission (SEC) for “its work in ensuring the smooth running of the exams and the work involved in implementing the new grading system”.

The results are in

According to the SEC, the results across the subjects are “broadly in line” with previous years, however there has been a notable rise in the number of students taking the Higher Level exam across almost all subjects.

The SEC said these increased numbers had an impact at both Higher and Ordinary levels – most notably at the lower grades at Higher Level and the upper grades at Ordinary Level. 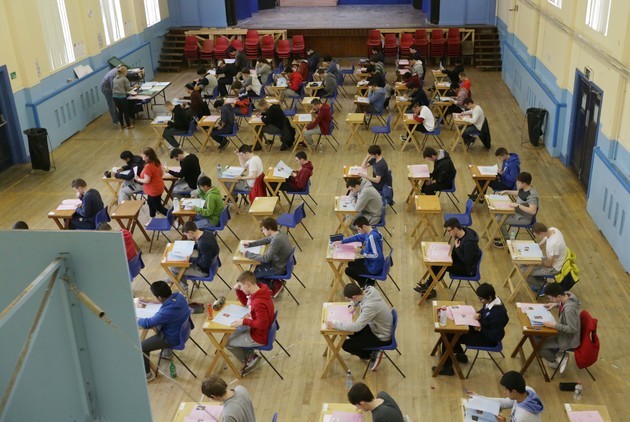 The top six most popular Higher Level subjects taken by students this year were:

Much focus on results day every year is around the three main subjects of Maths, English and Irish.

In recent years the rate of failure in Higher and Ordinary Level Maths has been the cause of concern and there has been a lot of focus on the subject due to changes to the syllabus and the introduction of Project Maths.

The number of students taking Maths at Higher Level rose again this year to just over 30% – a trend which was welcomed by the government.

Just 2.1% of students failed Higher Level Maths this year – compared to 4.3% last year. However, these results don’t directly compare due to the changes to the marking system.

This means there was an increase in the number of students occupying the lower band grades in Higher Level Maths.

As for Ordinary Level, the number of people who secured at H1 grade was 2.2% – a slight rise on the 2.1% who achieved an A1 last year.

One in 10 of all students received either an O7 or O8 grade in the exam, meaning they failed. 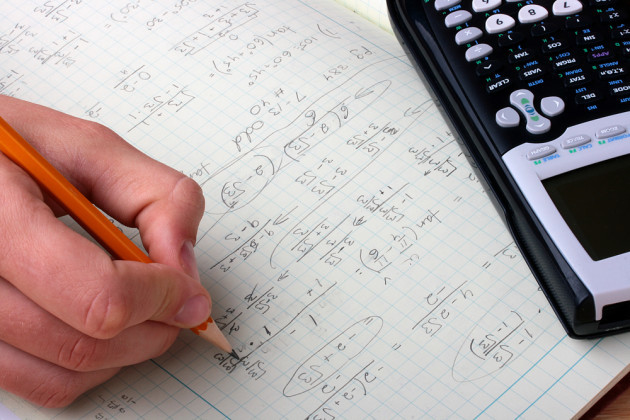 The number of top marks for English dropped slightly this year.

A total of 2.9% of students received a H1 in English, compared to 3.2% receiving an A1 in Higher Level last year.

In terms of failing, a total of 0.6% of people received a H8 (fail) in Higher Level this year, while a further 2.7% of students got a H7 (meaning they passed).

At Ordinary Level, a total of 15,389 student took the exam. Of these, 1.6% of students received an O1 grade this year compared to 2.1% who received an A1 grade last year.

In Irish at Higher Level, 5.2% of students received a H1 grade this year. This marks a slight decline on the 5.4% who received an A1 last year.

At the lower end, 7.9% of students received either a O7 or O8 grade – meaning they failed the exam. This marks a rise from the 4.3% who failed Irish at this level last year.

Across the main foreign language courses, students in general fared slightly worse than last year. However, at Higher Level fewer students failed thanks in part to the new grading system.

The most popular foreign language course was French, with 15,934 students taking the course at Higher Level, and 9,449 at Ordinary level.

In terms of failure rate, 12.7% of students received an O7 or O8 grade this year, compared to 7.6% who failed last year – marking a more than 5% rise in the number of fails at Ordinary Level. 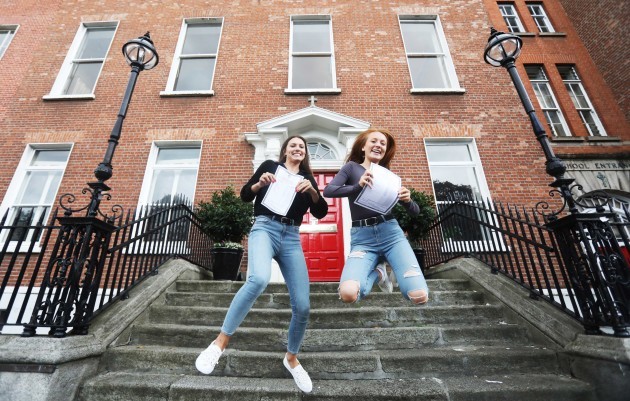 In German, the level of students securing top marks in Higher Level was slightly down. The failure rate was also down thanks in part to the new marking system.

The results were similar at both levels in Spanish – with the number of top marks slightly lower at Higher Level and the failure rate slightly higher at Ordinary Level.

The number of students taking Latin dropped from 104 last year to 74 this year. Over 21% of students received a H1 in the subject this year.

Examination results followed a similar pattern across the other main subjects.

In Geography, the number of students achieving top marks at Higher Level went up – with 3.4% of students securing a H1. The failure rate also dropped significantly, thanks mostly to the new grading system.

Across the three main sciences, the results were broadly in line with the other subjects.

There was a slight rise in the number of students securing top marks at Higher Level in Physics and Chemistry, and a slight decline in Biology.

The SEC advises people to consult the Leaving Certificate Candidate Information Booklet that they should have received earlier this year for advice on what to do next.

The results have been available online for people to view from noon today.

Anyone who wants to view their scripts will have to have an application form completed and submitted by Tuesday 22 August. If a student wants to appeal, they need to have their application in by Wednesday 6 September.

A helpline has been operating from early today by the National Parents’ Council (Post-Primary) on 1800 265 165.

With reporting by Órla Ryan

Read: From Paralympians to mature students – Leaving Cert students come from all walks of life