WE HAVE REACHED the stage where Nathan Doak has an identity of his own. In other words, the most talented scrum-half Ulster have produced in a couple of generations no longer needs his name to be prefixed with the information that he is the son of Neil Doak, who you may recall was a handy enough No9 in his day.

Saturday is when Doak junior, will more than likely, make his starting debut for Ulster, Zebre the opponents. Looking further down the line, his biggest opponent is likely to be team-mate, John Cooney, one of the first names on Dan McFarland’s team sheet.

It doesn’t help Doak’s cause that Cooney is normally one of the last names on Andy Farrell’s squad-list, his rare international outings allowing Ulster to pretty much have the Dubliner all to themselves. That’s a potential roadblock for Doak down the track but he can’t worry about that just yet.

An outstanding schoolboy player, Doak is still 19, and after making his Ulster debut off the bench against Munster last January, he has gone on to play twice more for the province, against Leinster last season, and then last Friday against Glasgow, when he scored a try and three conversions in his 49-minute showing.

“He is his own player he has got a good head on him, he reads the game well and he has a pretty decent understanding and he knows what he wants,” said his father, Neil, just before his Ulster debut last January.

Junior backed up Doak senior’s words during the summer when he won the man-of-the-match award with a 20-point haul against Wales in the Under 20 Six Nations championship.

His actions, however, were deafening. Alby Mathewson, the veteran, was allowed leave, Doak promoted. “He’s done pretty well, young player, lots to learn,” said McFarland recently. So far he’s got an A-Plus in his mocks. 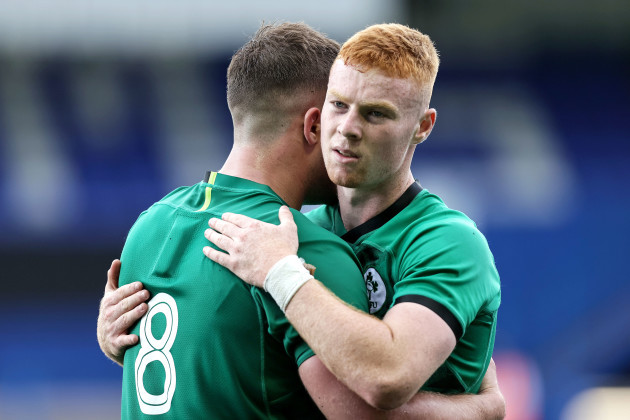 There are very few ifs about Alex Kendellen. Attitude? It’s 10/10. “He is an incredible young player,” said Richie Murphy, the Ireland U20 coach after Kendellen’s player-of-the-match performance against Scotland earlier this year. “As a captain, he leads very much by example; he is not a screamer or a shouter. He communicates with the lads in a calm manner.”

Ability wise, he was just about 10/10 for the Ireland U20s in this year’s Six Nations, scoring six tries in five games; topping or coming close to the top of the stats charts in terms of carries, tackles, metres gained.

The only ‘if’ or ‘but’ stems from where he is at. Munster, also known as – Munster, still seeking to end their trophy famine – pay his wages. They’re under serious pressure to deliver results and silverware. How often are young players trusted to deliver in those circumstances? It’s worth noting Thomas Ahern came off the bench last week against the Sharks, Ahern being 22, 6’9’, a former underage star. It is also worth noting Ahern has made just eight appearances for the senior side, while precocious out-half, Jack Crowley, has made only three.

Kendellen did get his senior debut last year, against Scarlets, and to all intents and purposes, should get more chances this term, especially after doing well against Exeter in pre-season. “The competition is crazy down there,” Kendellen said about Munster’s back-row options in June. “I was really thrown into the deep end after school but that’s the best way to learn – to just get thrown in and kind of sink or swim.” 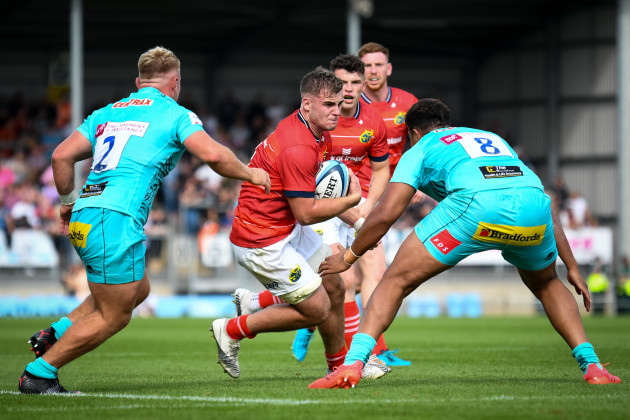 Kendellen in pre-season against Exeter.

So far he has done more than just stay afloat. “The fact is Alex is a very good age group player,” said Murphy after Ireland’s win over Wales in the summer.

“There is a big step up to provincial level, but I think he’s definitely a player Munster will have their eye on for the future.”

The Leinster formula is well-known by now. Cap them early, usually against Zebre or Dragons, usually away from the TV cameras and the crowds. If they survive that, then test them again, first with a start, then with a game against trickier opponents, then in an Irish derby. If they’re still breathing by this stage, you put them into a Champions Cup game.

Sounds simple, doesn’t it? For Alex Soroka, the complication comes from the fact that the path is so well-worn at this stage that there is no shortage of backrowers for Stuart Lancaster and Leo Cullen to look at. 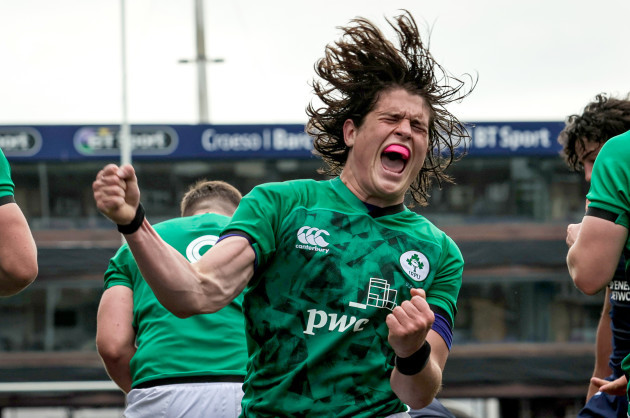 So what chance has the bright-young-thing got? Well, so long as you’ve a club ethos that rewards talent and risks results to blood the next generation, then Alex Soroka should be fine. “It’s not sustainable to keep internationals playing all the way through the season,” said Lancaster recently. “That’s a positive for bringing younger players through.”

Soroka has already got a taste of it, winning two caps last year, against Glasgow, and sure enough, Zebre. He’s rangy, fast, tough, skilful and certainly good enough to become a decent pro, if not more. His trouble isn’t his talent. No, his problem is the quality and quantity of back-rowers ahead of him in the queue.

Sam Illo is still only 20, a baby in tighthead terms. But if first impressions are anything to go by, then Ireland has a new star. 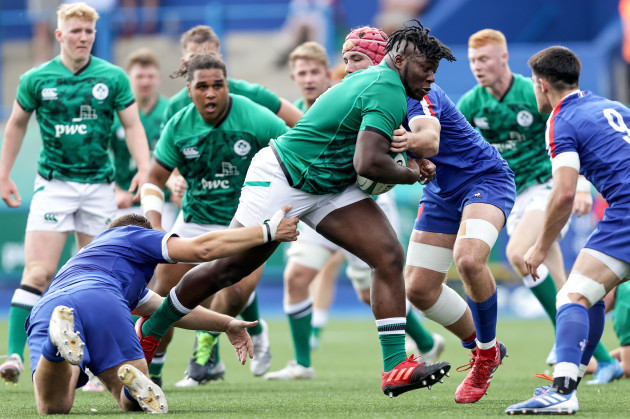 Stop me if you can! Sam Illo on the charge.

He was immense in the Irish Under 20s Six Nations tournament; powerful in the loose, scorer of a try, destructive in the scrum. You can’t say for certain that any player that age will make it, least of all a prop. Still, if you could get stock in a prospect, he’d be near the top of the buy list.

“Getting the chance to play for Ireland, pulling on that shirt, I’m really proud of that,” said Illo during the tournament. “Only a few get the chance. It’s something I’ve been hoping to do for a long time.”

He has every right to keep dreaming. Moving from Leinster to Connacht was smart as he has to play the long game.