MOTHER AND BABY HOME institutions have been the subject of many conversations – from the dinner table to the Dáil floor – in recent months.

The final report of the Commission of Investigation into Mother and Baby Homes was published in January. It confirmed that about 9,000 children died in the 18 institutions under investigation.

The long-awaited report also said the Commission found “little evidence” of forced adoption or forced incarceration – despite personal testimony to the contrary.

Many survivors have criticised some of the Commission’s findings and a number of women, including Philomena Lee, are taking legal challenges to have elements of the report quashed.

In recent weeks conversations have widened to include redress, as well as legislation related to tracing and information, and burials at the sites of the institutions.

Many survivors do not feel as though they are being listened to now, just as they were not listened to in the past. One way that survivors and their children have been reclaiming their voices is through the arts.

On St Patrick’s Day, 46 women, including artists, survivors, and public figures, voiced excerpts from the direct testimonies of survivors at the Abbey Theatre production, Home: Part One.

Tonight more artists will take to the stage, this time at the National Concert Hall.

Breaking the Silence will see writers, musicians and artists respond to the ongoing legacy of Ireland’s mother and baby home institutions. Christy Moore, Noelle Brown and survivor Terri Harrison are among those performing.

The live, online event is curated by Caelainn Hogan, author of the critically-acclaimed Republic of Shame which explored how so-called fallen women and girls were hidden, silenced and exploited.

Hogan interviewed the survivors of mother and baby institutions and Magdalene Laundries, as well as members of the religious orders that ran them for the book. One such institution, The Castle in Donegal, only closed its doors in 2006.

A number of survivors told Hogan that writing poems, stories or songs – even if they never intended sharing them – helped them express themselves.

“People would talk to me about how they would find an outlet to talk about their experiences through poetry, through song, through writing, even if it was something that they didn’t share publicly,” Hogan told The Journal.

One of the women performing tonight, musician Terri Harrison, was sent to two different mother and baby institutions before her son was forcibly adopted.

Hogan said Harrison will tonight, via song, “talk about her silent years, when she didn’t feel she could really speak about what she experienced, but would write songs as a way to express herself”.

“She wrote about the pain, what she called the living bereavement of being separated from her son. When she was in the institution she actually sang to her son when she was still pregnant with him. It was a connection that they had, and I think that’s very true for many people.”

Harrison gave birth to a son in the St Patrick’s institution on the Navan Road in Dublin in 1973 when she was 18.

Recalling her experience, she told us in January: “I was abducted from London, put on the plane and brought back to this country and imprisoned in Bessborough and then I escaped and got put into Pat’s.”

Now 66, she is still trying to find her son. 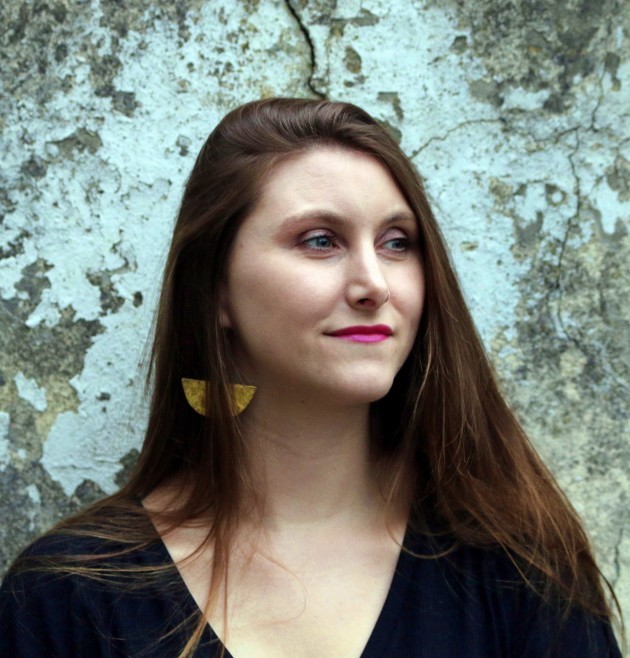 Singer Christy Moore will be among those taking to the stage tonight. He famously wrote a song about Ann Lovett – the 15-year-old girl from Granard, County Longford, who died giving birth beside a grotto on 31 January 1984. It includes the refrain: “Everybody knew, nobody said.”

Hogan said that line sums up so much about attitudes in years gone by: relatives knew, friends knew, neighbors knew – but people rarely spoke about what was happening.

Women would disappear, but nobody would say anything, They’d come back a year later, like nothing had happened.

When writing the book, Hogan said she also “met so many people of my own age and younger who have been affected by this ongoing legacy of the religious-run institutions, whether they had been born in a mother and baby home institution, or whether they were a generational survivor who was there with their parents, or a member of their family had been sent away and separated from them”.

Another performer tonight, singer Jess Kavanagh – whose mother was born in a mother and baby institution – will perform a poem about the ‘illegitimate’ status imposed on children in years gone by.

Hogan noted how, in Republic of Shame, Kavanagh discussed trying to find a “linguistic arsenal to talk about the experience of her family and how her mother was born in a mother and baby home institution, but also the impact of that status of illegitimacy on her own life, and a poem that she’ll be sharing [tonight] will focus on that”.

Prior to the Status of Children Act 1987, children in Ireland born outside of marriage were officially referred to as illegitimate – a very loaded word.

So for me, the motivation [for the event] was bringing together writers and musicians who might not have spoken publicly about their own experience, but whose lives have been impacted by this silence, by this culture of silence and shame, in the hope of opening up a conversation and maybe helping other people to speak about their experience, to speak with each other.

Hogan said numerous people have told her that, after reading Republic of Shame, they finally told a loved one about their experience of spending time in a mother and baby home or similar institutions.

26.05.21
'Significant victory' for campaigners as planning permission for Bessborough apartments is refused

“People have told me that from reading the book, they’ve spoken with people in their family. It just started a conversation, ‘What are you reading? I’m reading this’.

“Then they had a conversation about a family member or a loved one who had been sent away to one of these institutions, something they hadn’t known about before.

“The more light that we shed on this, the more people will feel able to speak, because there is still so much silence. There are so many people in this country, who have never spoken about their own experience.”

Actor and writer Noelle Brown, curator of the Abbey Theatre event in March, is also performing tonight. She echoed Hogan’s sentiments about the power of art in terms of starting a conversation.

Brown was born in the Bessborough mother and baby institution in Cork in 1965 and adopted as a baby. Her play, Postscript, is based on her own experience of trying to find her birth parents.

After years of little success, Brown managed to find her birth parents through DNA testing. However, by the time she found out who they were, they had both passed away.

“I’ve been an artist for 34 years but when I wrote a play back in 2013 with a friend of mine, Michéle Forbes, about retracing my birth family, I never realised the powerful platform that I had as an artist to talk about stuff like that and bring it to people’s attention.”

After the play debuted, Brown got “so many messages from people saying, ‘I just got a call from my mother, she told me after all these years that she was one of those babies who was born in an institution’, or an aunt comes forward, or people discover they have a friend [with an experience] and they open up the conversation”.

She told The Journal: “I’ve had many many, messages over the years in response to that because realistically there isn’t a family in the country that isn’t touched by this issue or doesn’t know someone who’s been affected by this issue, it is right across the board.”

Brown is very critical of the Commission of Investigation’s final report, describing it as “deeply offensive” and “not fit for purpose”.

“No one has come back and apologised to survivors for their words being taken out of context, paraphrased, changed.” 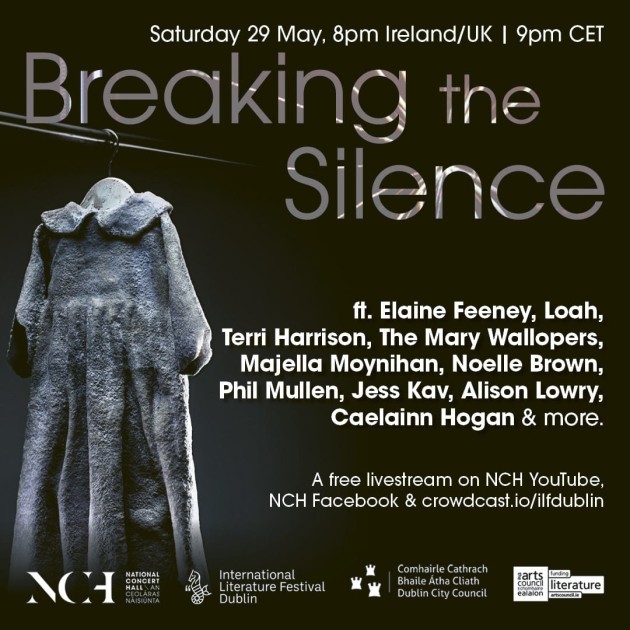 Brown said tonight’s event and the reading of survivors’ unedited testimonies at the Abbey performance in March are helping some women reclaim their narrative.

“It opens up the silences when people don’t know how to spek, or aren’t able to speak. It’s a very, very powerful response. I think survivors are very happy with that for the most part, that it is their voices being heard in a very powerful way.

Survivors are sharing their testimony in their own words, unedited, in complete contrast to the Commission of Investigation report. It’s quite difficult to do that, to share your experience, but it also can affect change. I think art is great for highlighting serious human rights issues in society that have not been dealt with and need to be dealt with.

“I am very lucky as an artist that I can be part of these kinds of events to talk about it and to raise awareness. There is no power in not talking about it and keeping it withheld.”

Brown said, aside from giving survivors and their relatives a platform, events like tonight also “put pressure on the Government, on the State, on the Church to follow through on their promises” of support, redress and access to information.

Earlier this month, the Government published long-awaited legislation that would enshrine in law a right for adopted people to access their birth certificates, and birth and early life information.

Children’s Minister Roderic O’Gorman has described the legislation as “groundbreaking”.

Brown said it’s “fantastic” that we have reached this stage, but noted that no timeframe for the legislation – which will be debated in the Oireachtas in the coming months – being enacted has been given.

“It’s fantastic that we’ve gotten this far, that those conversations are happening and that legislation is being enacted. It is time-sensitive – a lot of survivors are passing away. We’ve waited a long time for this.

“We don’t actually have a timeframe, which is always a bit worrying. It could be overtaken by other incidents in the country or in the Government or whatever but I’m hopeful. I’m delighted we got to this point, but we also want it to happen quickly.

“We’re all quite beaten down by promises that didn’t happen – difficulties created by State agencies like Tusla denying us our information, so we are holding our breath and waiting. It’s very hard to build up that trust again with the State when we’ve been let down for so long by them.”

In her own contribution tonight, Brown will perform a new piece based on her own experience.

“It’s a reflection of the legacy that you’re left with as an adoptee, particularly if a birth parent has passed away and you missed the opportunity to meet them. It’s a telling of a visit to my birth mother’s grave, looking for some peace or a completion to my story.

“Quite a few adoptees have had that experience as well because of the level of time-wasting in terms of getting access to information. It’s just a moment, going to that grave for the very first time and acknowledging that this is a full stop, this is an end.”

Information about Breaking the Silence, presented by the International Literature Festival Dublin and the National Concert Hall, can be read here. Tickets are free and people can watch the livestream from 8pm on the NCH’s YouTube and Facebook channels.

Information on the support services available for mother and baby homes survivors can be read here.