FOREIGN AFFAIRS MINISTER Simon Coveney has confirmed that by the end of next year, anyone applying to renew their passport will need to present a copy of their public services card.

The card is already required when applying for a passport in certain circumstances. However, Coveney said this morning that it will be needed in all cases from late next year.

The ID card has been under the spotlight recently after a number of stories of people losing out on public services because they do not have one.

The Irish Council of Civil Liberties has expressed concern about the use of the cards and some legal experts in the area have stated that it equates to an identity card “by stealth”.

There is no legal requirement for Irish citizens to hold the card, but in order to access welfare benefits, the Department of Social Protection requires applicants to have one.

On Friday, Minister for Social Protection Regina Doherty said the card was not compulsory – but was mandatory for her department.

“We believe that it’s not too much to ask people to authenticate who you are, so that we can give you fast and efficient public service,” Doherty told Newstalk Breakfast.

Speaking to TheJournal.ie on Friday, Road Safety Authority chief Moyagh Murdock said it was now government policy that the organisation use the public services card. Currently, it is required for anyone applying for the driver theory test, but this is expected to be extended to the full driving licence. 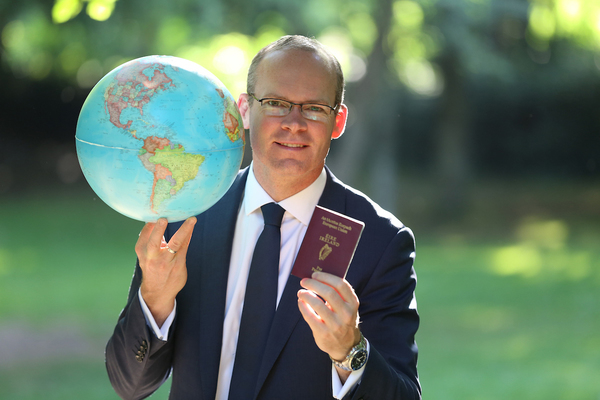 Asked on Morning Ireland today if the card would be needed when applying for passports, Coveney said:

That’s not the case today but we hope to move to that in future.

The whole point in having a public services card is that there is a single point of information so that people can access public services whether that’s a driver’s licence whether it’s a passport.

It would take “some time” for the Passport Office bring in that requirement, he said, adding that he expects it to be introduced in around 12 months.

Following changes brought in in March of this year, all first-time passport applicants who are resident in the State need to supply a photo of their public services card.

The rule also applies to anyone whose adult passport was issued before 2005 and has since been reported lost, stolen or damaged. 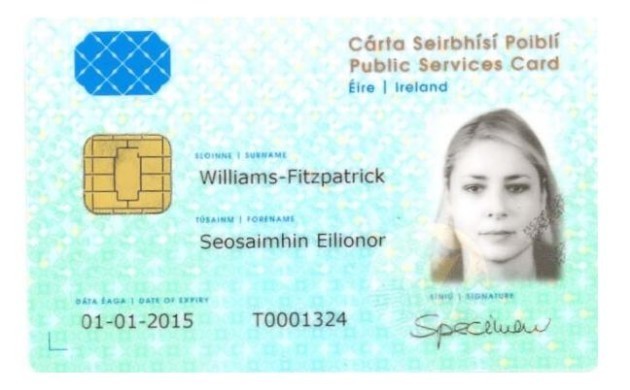 A mock-up of the public services card, released by the Department of Social Protection.

The Green Party last week accused the government of “bringing in mandatory identity cards for Irish citizens”, while Fianna Fáil has called for a debate on the issue to take place in both the Dáil and the Seanad.

The public services card was introduced in 2012 as a means of having one form of identification for citizens when dealing with the various public bodies of the State. They can be obtained for free via the Department of Social Protection.

Read: Minister says Public Services Card is ‘not compulsory but is mandatory for services’>

More: Pretty soon you’re going to need this card to do a whole load of important things in Ireland – but why?>