21 Savage says rappers in the industry are not working with NBA YoungBoy because of their loyalty to Lil Durk.

21 Savage shared some insight into the lives of rappers and their feuds on DJ Akademiks’ podcast, Off The Record. Many fans assume that certain feuds are founded on little issues and don’t affect the lives and careers of rappers, but 21 Savage sheds light on this and reveals why NBA Youngboy may not be receiving as much support as he could.

NBA Youngboy recently dropped his latest album, Sincerely, Kentrell. However, many rappers did not support the project, at least not publicly. This incident was discussed in the latest episode where DJ Akademiks brought up the lull in support from his fellow musicians.

In Episode 7 of the podcast, the conversation started when DJ Akademiks said, “I don’t feel like everybody in the industry f*** with him type sh*t,” to which Savage responded that rappers are picking sides between Youngboy and Lil Durk.

“Rappers don’t f**k with NBA Youngboy because they f*** with Lil Durk. You don’t have to pick sides.. but you gotta be a certain type of artist to be in the middle, “explained 21 Savage. He further said, “Can’t no n**** that say they know street n***a be in the middle.”

21 Savage explained why most rappers chose to support Lil Durk over other rappers. It comes down to simple street etiquette. Most rappers who understand the street code and respect their friends in a brotherly way would never associate with their friend’s foe. 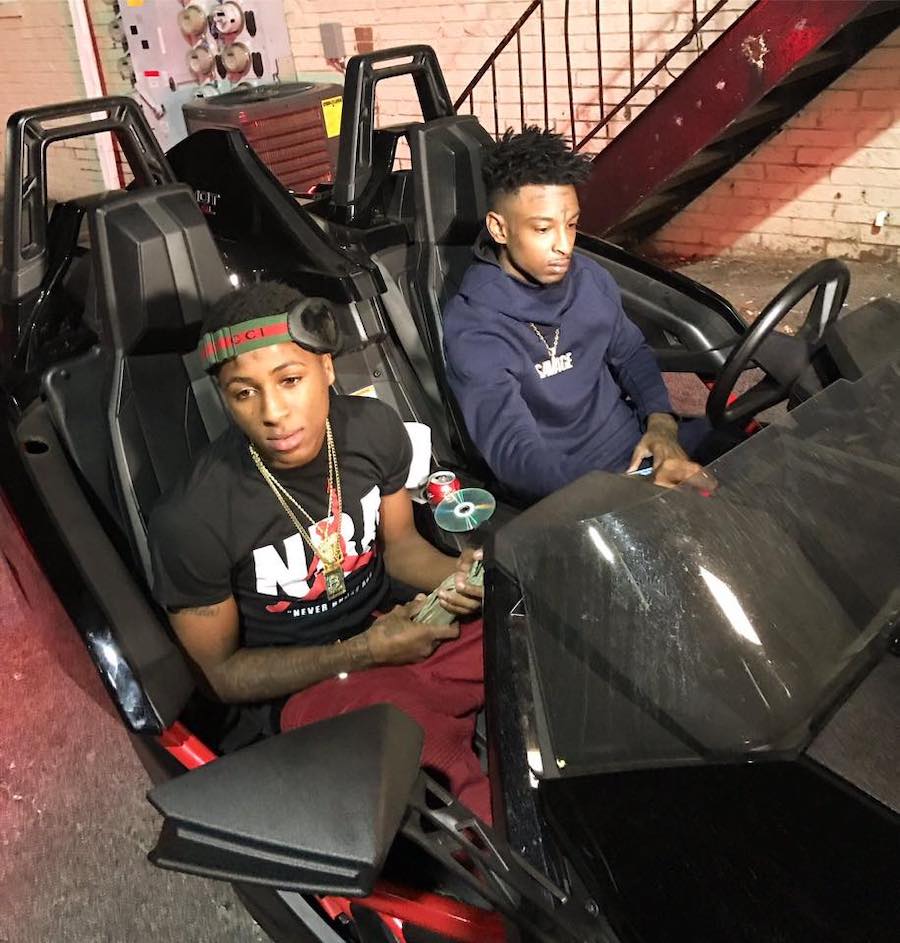 The animosity began when Lil Durk’s best friend, King Von, was shot and murdered in an altercation between NBA Youngboy’s gang and Von’s crew. For quite some time, things had been heating up between King Von and NBA Youngboy, with their feud centering on Von’s ex, Asian Doll.

After their breakup, Asian Doll turned to the enemy’s side and collaborated with NBA Youngboy for a music video.

This added fuel to the online battle between the two rappers and whether it was out of spite or because she saw an opportunity, and this brought the battle to a catastrophic peak. On November 6th, King Von, NBA Youngboy, and Cuando Rondo’s crews went to a hookah lounge and got into a deadly brawl. Sadly, King Von was killed in the gunfight.

“If it’s me don’t be in my face like with all that sht like and then be fing with a n**** who you know..killed my boy. Keep yo bh as ova there,” said the artiste firmly as he stated his stance.

This brotherly code is taken very seriously and can be seen making ripples in NBA Youngboy’s career. It doesn’t have to result in a physical altercation, but it might lead to a cold war or blacklist for that artiste.

The infamous episode is available now as of September 29th on Spotify. Check out the full interview for more insight.