Vybz Kartel is a proud father and now grandfather with his sights set on generational wealth for his children and grandchildren.

Despite the fact that he has been incarcerated for a decade, the patriarch is devoted to diversifying the financial portfolio of the Palmer family. Many people in his position would be too burdened by their circumstances to solemnly ruminate on this important part of their legacy, but for Vybz Kartel, it is a priority.

Too often, we see artists, athletes, and other stars squander their wealth on short-lived indulgences and neglect to make way for the generations they spawn. The dancehall mogul is giving his fans and followers some insight on why his story will be different by sharing some of his latest moves to empower his family with non-current assets. Alongside a photo of himself – arms crossed and all smiles – accessorized by the soothing sounds of Lila Iké’s inspirational ballad “Where I’m Coming From,” Di Teacha began to spill lessons in Boss Moves 101.

“Just buy a Bigger house fi me Parents pon di Hill since month,” he wrote, “Transfer Two properties inna me son’s name fi him 18th birthday & buy him 8.9 acres a land fi celebrate the birth of him son this month as well ( me Grandson ) me Daughter ( get shy & say ‘daddy please take out my part till the results come’) , i’m so proud of her cause she just 14 years old!”

The post may have surprised naysayers who used the most recently surfaced photos of the deejay in prison to speculate about his health. In a previous interview with Fox 5 NY, his first exclusive since his incarceration, Vybz Kartel spoke well of his mental health and talked about recovering physically as well. The deejay was sure to reinforce this in his latest message to the masses. 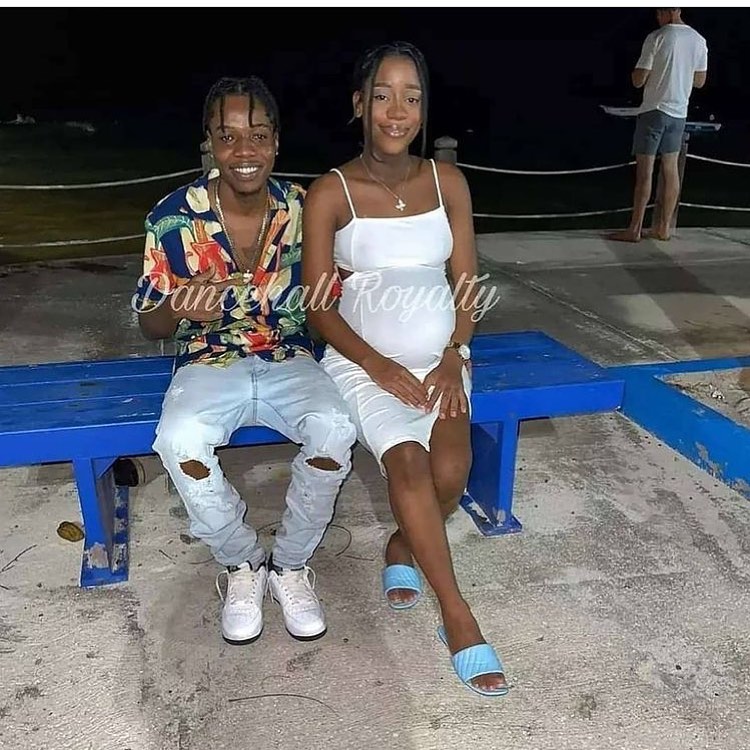 “Me stronger dan ever mentally and physically after dem did think me a go mashup,” he continued with a smirk. “Celebrating Vanity? No! A Blessing me a count! Bigup me Supporters & a #SpecialBigup to my haters, Both of you doing a Great job to motivate Unstoppable Me. From Humble beginnings, but the Legacy continues.. when i look at where i’m coming from -Lila ike.”

The inspiring post garnered more than half a million views and interactions with fans and celebrity friends of the deejay, congratulating him on his intelligent financial decisions and for expanding his wealth to his family. “Doing it From behind the bloooodcl***t BARS #GOAT,” commented Spice. Rvssian also chimed in with “Blessings bro. U set the ting” while Raheem Sterling said, “generational,” and Usain Bolt simply wrote, “GW.” The post also garnered reactions from Busta Rhymes, Sean Kingston, DJ Akademiks, Lila Iké, and more.

One particularly touched stan took to the comments to say, “Dawg, who can stop this man? The system a try sink e dawg fi fullfil narratives y’all are blind to and him still a set him legacy and generation fi prosper and kick down doors the same system nuh wah we share like how to properly set up for and pass down wealth,” he wrote.

Back in August, during Vybz Kartel’s interview with Lisa Evers of Fox 5 NY, the incarcerated deejay spoke candidly about the impression that the “system” was conspiring against him. In spite of that, the dancehall mogul maintained his confidence in his imminent freedom as his case is slated to appear in front of the Privy Council next. In the meantime, the deejay is clearly not shirking his duties as the patriarch of the Palmer family as he continues to carve out an affluent future for his children and grandchildren at just 45 years old.

Judging by the comments on Kartel’s Instagram post, many young artists and fans alike are taking tips on asset management and wealth prosperity from him. That being said, Vybz Kartel is not only empowering his own family but his extended family at large by educating them and leading by example. A true King he is.